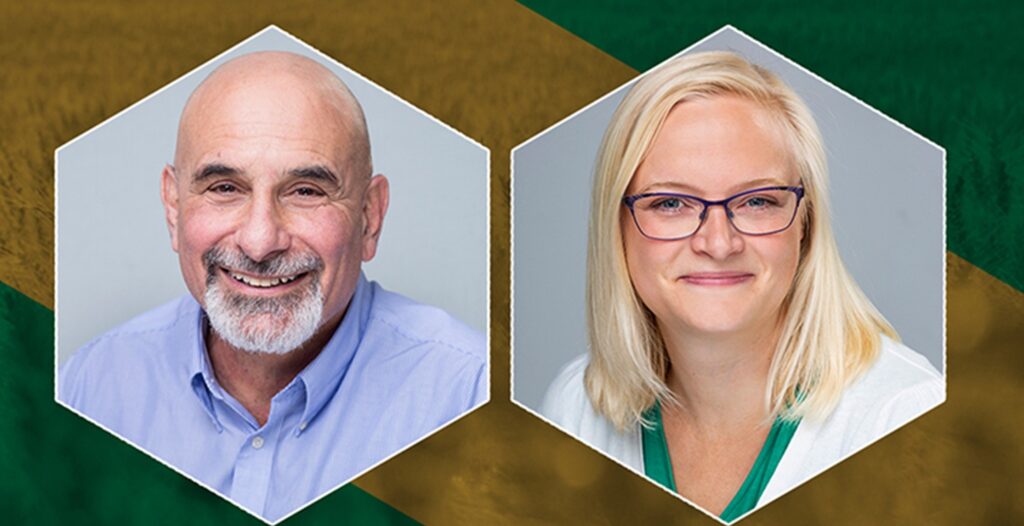 The Global Institute for Food Security (GIFS) at the University of Saskatchewan (USask) has been awarded $295,000 by Saskatchewan’s Agriculture Development Fund (ADF) for a project aiming to improve phosphorous and nitrogen uptake and efficiency in bread wheat – developments that would provide significant environmental and economic value in Canada and beyond.

The goal of the project is to help wheat producers in Canada get better return on their inputs. The team will achieve this by identifying naturally occurring wheat alleles (genetic variations) that not only have improved nitrogen and phosphorous uptake from the soil, but also use nutrients more efficiently within the plant to produce leaves, convert sunlight into glucose through photosynthesis and produce high-quality seeds with resilient and sustainable yields.

“Typical crop plants only take up around 50 per cent of the phosphorus and nitrogen fertilizer applied by farmers to the soil, and this comes at considerable cost to producers and the environment,” said Kochian. “Fertilizer is critical to global food production and food security. It is one of the important tools producers have to increase yields.

“We see a real opportunity to enhance the economic and environmental return to farmers by improving the efficacy of nutrient uptake and utilization in plants.”

“Typical crop plants only take up around 50 per cent of the phosphorus and nitrogen fertilizer applied by farmers to the soil, and this comes at considerable cost to producers and the environment.”

An economic analysis commissioned by GIFS in August 2021 found that increasing phosphorus uptake efficiency by 30 per cent would result in savings of $2.5 billion over five years and 6.5 billion over 10 years for farms, municipal water treatment costs and sustainable water systems.

“We’re excited by the immense potential that this project has for both the environment and the economy,” said Steven Webb, GIFS Chief Executive Officer. “The project will mobilize the cutting-edge tools that we have at our fingertips at GIFS and with our partners and combine them with recent insights from the field to provide real value to breeders and farmers alike.”

This project has been made possible by recent advancements in gene editing and the development of wheat genomic resources including a landmark USask-led study that sequenced the genomes of 15 wheat varieties from around the world. The project enabled scientists and breeders to identify influential genes more quickly for improved yield, pest resistance, and other important crop traits like phosphorous and nitrogen efficiency.  Gene editing will be used to validate genetic variants responsible for a given trait. This information will then be shared with wheat breeders so naturally occurring variants can be integrated into new varieties using conventional breeding methods.

“In recent years, gene editing has expanded into a wide assortment of molecular tools that can be used to rewrite genome DNA sequences with precision,” said Lyzenga. “Our collaborative project will take advantage of gene editing to validate naturally occurring genetic variants which improve nutrient use efficiency.”

Kochian and Lyzenga have already identified a collection of genes that improve nitrogen and phosphorous use efficiency in several crop species. The next step is to determine how many allelic variants for those genes currently exist in Canadian wheat breeding populations. After these variants have been identified, the team will use gene editing technology to systematically test which of them will produce the most favourable outcomes.

The research could have benefits beyond improved nitrogen and phosphorous use efficiency.

“We have found that some of the same genes that help plants thrive under low phosphorous conditions also help enhance root growth and root surface area, thereby improving water uptake and possibly the acquisition of nitrogen, potassium and other fertilizer nutrients,” said Kochian.

Lyzenga completed a B.Sc. in cell and molecular biology at the University of Calgary and a Ph.D. in plant molecular biology at Dalhousie University. Prior to joining GIFS, she worked at Agriculture and Agri-Food Canada (AAFC) and the National Research Council of Canada on molecular mechanisms underlying agronomic traits in Camelina sativa and wheat.

The Agriculture Development Fund program is supported through the Canadian Agricultural Partnership, a five-year, $388 million investment in strategic initiatives for Saskatchewan agriculture by the federal and provincial governments.