Feeding a future population of 9-11 billion 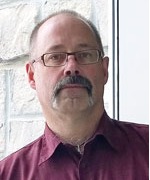 Assistant Professor Dept. of Agricultural and Resource Economics College of AgBio, U of S

The immense challenge facing us all

While the science of increasing food security continues to make advancements, the politics of technology options for feeding a future population is increasingly hostile.

The Food and Agriculture Organization (FAO) has estimated that yield increases of 2% per year are required to feed a global population of 7 billion. Over the past 20 years, yield increases have averaged 1% annually for wheat, rice and corn. To be able to develop plant varieties that are capable of providing higher yields, no plant breeding technologies should be dismissed. At population growth rates 8.6 billion will be realized within the two next decade, putting a 2100 population in the range of 11+ billion. Yield increases well in excess of 2% per year will be required to feed this population.

Billions of dollars are invested annually into the development of new crop varieties. This is done by private corporations, but also by government research laboratories and university researchers. While it is too costly to have taxpayers fund all possible research solutions, private corporations have stepped forward to assist in funding major research issues. This research is designed to solve a multitude of crop issues, for example, improved drought tolerance, insect resistance, larger root structures, yield increases, nutrient increases and the potential to reduce crop spoilage. All forms of plant breeding are being used to tackle plant variety improvements, conventional plant breeding and biotechnology plant breeding.

The challenge that plant breeding and agriculture in general face is that the opposition to innovative means of plant breeding simply rejects these options for improving food security. Environmental non-governmental organizations (eNGOs) advocate organic crop production will capably feed the world. Simply put, this is a naïve, erroneous and intentionally misguiding argument. The evidence indicates that relying solely on organic agriculture to feed the world will only increase food insecurity, starvation and malnourishment due the fact that organic crops yield less than conventional or genetically modified (GM) crops.

Please click here to read the rest of this article on SAIFood.ca.