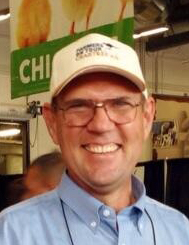 Australian farmers are amazed at the rapid and complete (98%) adoption of GM canola across the Prairies and how it is grown with no fuss and with great results. This is not the case in Australia, where the technology has only recently been legalized and the delay has come at great financial cost. Canadian farmers adopted GM crops well before Green Peace and friends realized it provided an opportunity to create a solid income stream of donations through fear-mongering. Such donations helped to keep GM crops (but not GM medicines) out of Australia for a very long eight years. In two states it is still banned, and there is a moratorium against GM crops in four of the six states.

One good thing about this long delay–and the constant battle–in Australia is a good understanding by farmers of the safety of this biotechnology. Farmers now know how weak the emotional arguments against GM crops are and have had enough of the fanatics slowing progress for no real honest reason. Indeed, there is a 55% increase in GM canola adoption in Australia over last year.

This adoption is amidst a fierce, emotional, legal and vocally public campaign of criticism from a handful of what I would call radical "greenies.” In contrast, true greens embrace the technology for its benefits on the environment and the human population!  Man-made (or possibly women-made) fear has forced the unnecessary delay in GM canola adoption and this has built up an "elastic band of momentum" amongst Australian farmers. I believe that we are now ready to play catch-up with rapid adoption of GM wheat when it becomes legally available. 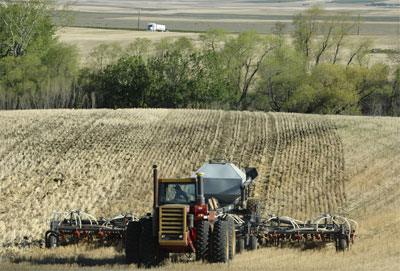 The honest battle that was won with farmers and GM canola will, with the same team of science-based supporters, go into bat for wheat. The same empty arguments against the technology will likely come up again. The media has now turned the tide and realizes how shallow emotional arguments against the GM crops are.  In Australia we have shown that we can segregate GM canola from non-GM canola and this is easily achieved at a 0.9% tolerance. We believe that we can do the same with wheat.

In my opinion, GM wheat should contain a human health beneficial trait, like low glycemic index (GI), along with agronomic advantages for farmers. The wheat should be released simultaneously in Canada, Australia and USA – indeed there is a trilateral agreement to this effect. If there is a discount for GM wheat it will be to the feed wheat price. Most GM crops currently feed a large portion of the world’s livestock, including Europe's. Such feed would ensure that animals recieve a better diet than humans; this would be an interesting irony that may eventuate. However, honest marketing could ensure that such GM wheat is highly sought after in the supermarkets. My family would be the first in the bread queue!