Farm to bottle: Black Fox Farms brings unique flavour from their fields to your glass 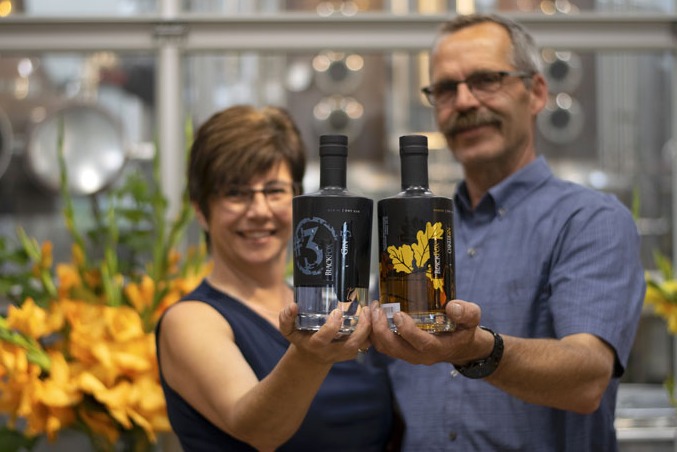 A lot of thought goes into a bottle of Black Fox Farms spirits. The gin, whisky, or speciality liqueur offered by the on-farm distillery are products which took years of planning, skill, and craftsmanship. The process from farm to bottle is a labour of love for owners Barb Stefanyshyn-Cote and John Cote, who pride themselves on their commitment to sustainability and innovation. Their full circle and single origin process allows Black Fox Farm and Distillery to recycle much of what they put into their production — from the water to the spent mash used in the distillation process.

Before they ventured into the beverage business, Barb and John were grain farmers who had found themselves at a crossroads: they could either expand their farm to compete with large grain farmers or venture into new territory. They made the decision to take their years of agriculture experience and focus their energy on bringing value to their grain.

“We really didn’t see ourselves as large grain farmers. We really wanted to do something that connected us right to the end consumer,” Barb says.

Pulling the stakes out of their original farm, Barb and John moved to new land just outside of Saskatoon and began Black Fox where they started growing  the grain, botanicals, and fresh fruit needed to operate their distillery operation.

“We wanted to take what we had and instead of shipping out raw ingredients all the time, we wanted to add value to it— because if someone else is processing it then why couldn’t we?” Barb says. 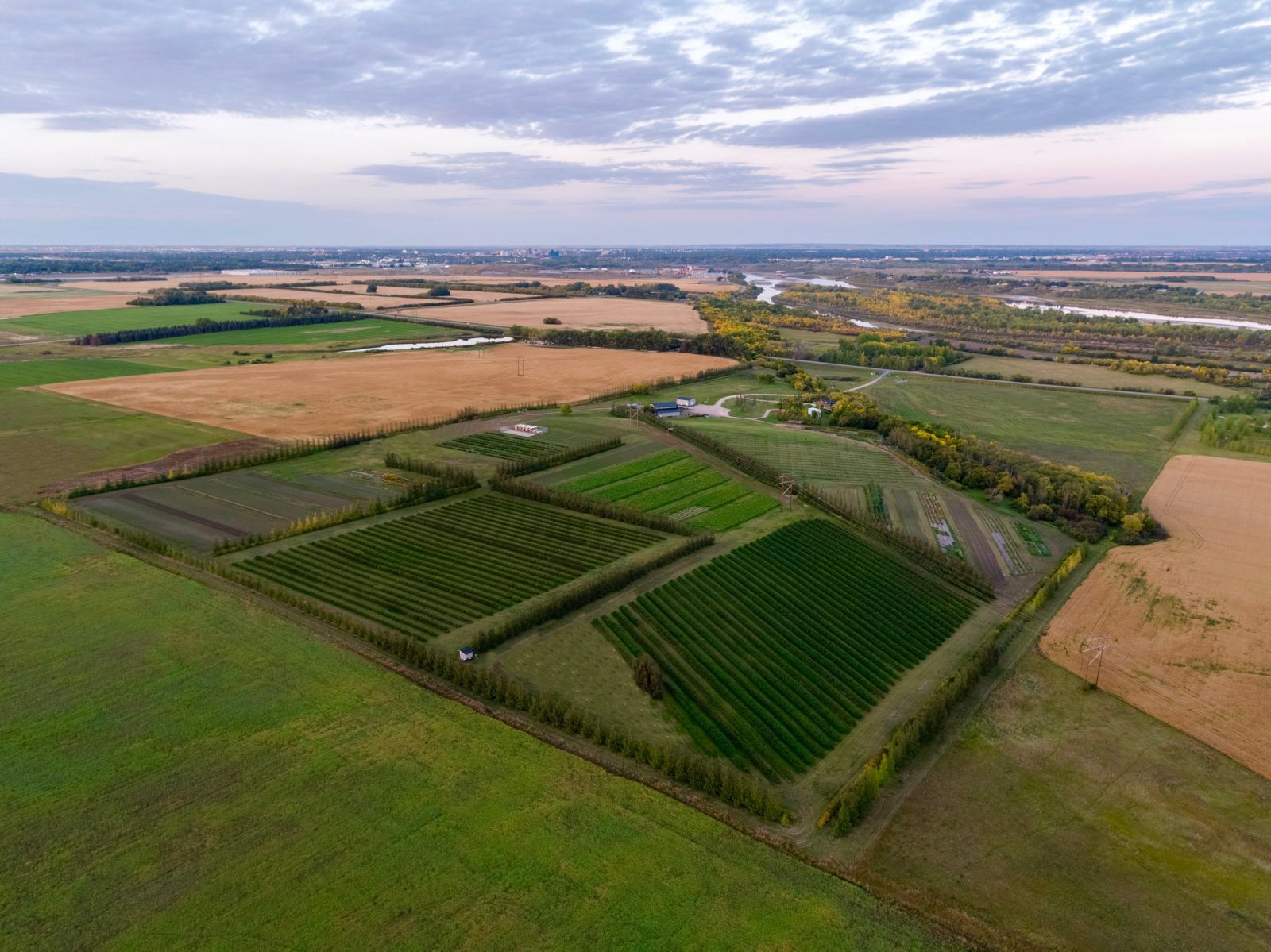 Their background in agriculture provided a great jumping off point for the tenacious duo, but they quickly found that there were a lot of gaps in their knowledge. While there are many resources for canola growers there are less available to those growing fruit or flowers. Some of the biggest challenges for the couple was finding out what you don’t know. To John, learning new skills is the easy part.

“I heard about distilleries. I knew they were out there, but I had never been to one. We looked more at this venture as a viable way of processing food…here is the process, let’s figure out how it’s done,” John says. 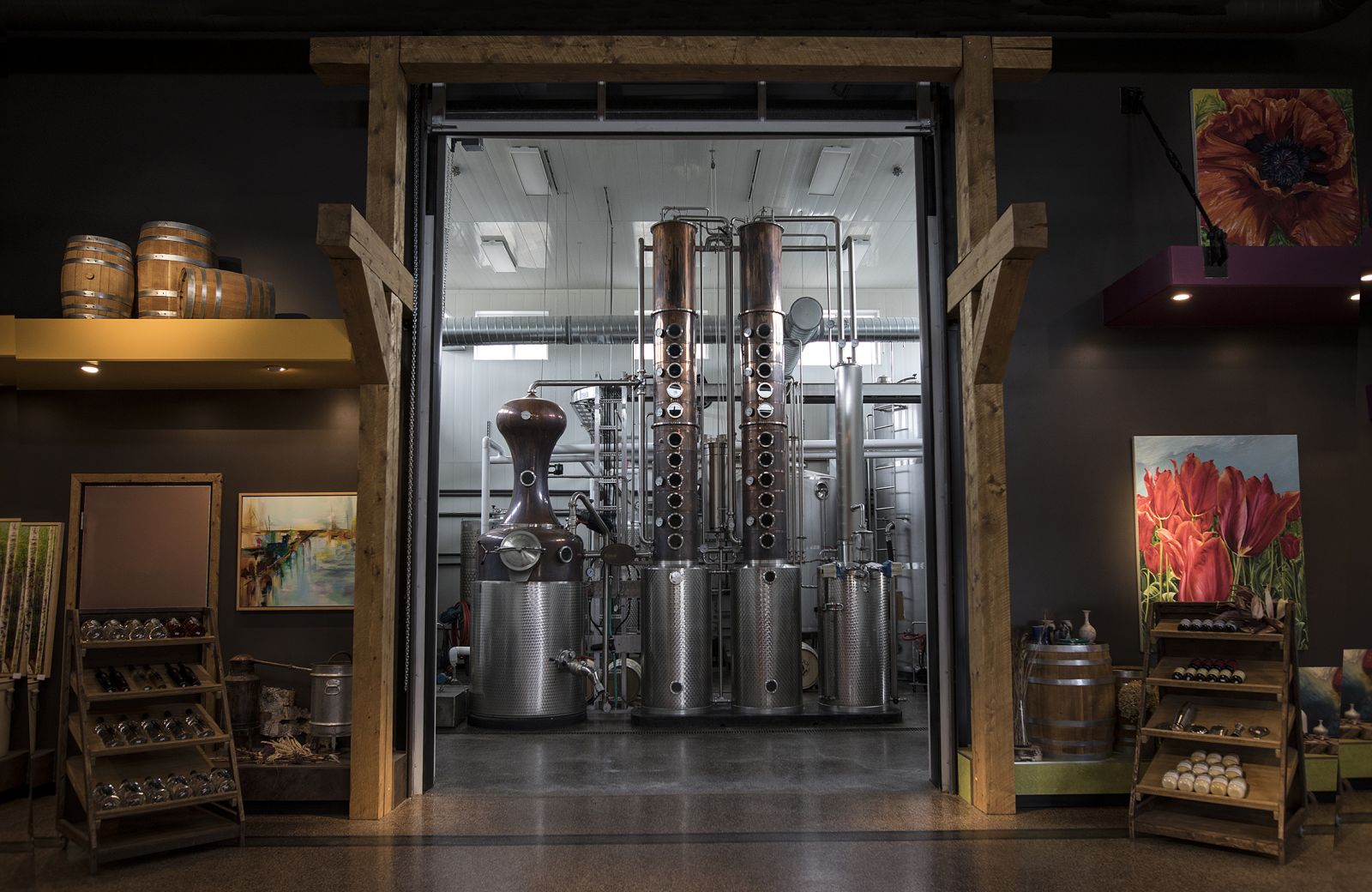 Barb is CEO of Black Fox. She knows the importance of female representation within the food and beverage sector — an industry that has a small but growing percentage of women owning and operating their own business. John and Barb hope that the success of Black Fox can encourage other women to break into the industry.

After a bit of a learning curve, Barb and John have become the owners of one of the country’s most well-know and well-respected distilleries, offering a variety of craft spirits including their new line of Canadian Whisky, which debuted this past winter after nearly five years of aging. According to John, making whisky is a gamble that takes equal parts commitment and craftsmanship. Producing quality whisky requires a lot of forethought and patience however, Black Fox’s’ set-up allows full control in every step of the process. The best grain goes into the distillation and new barrels are used in the distillery’s unique aging process which gives the whisky its colour and flavour profile. 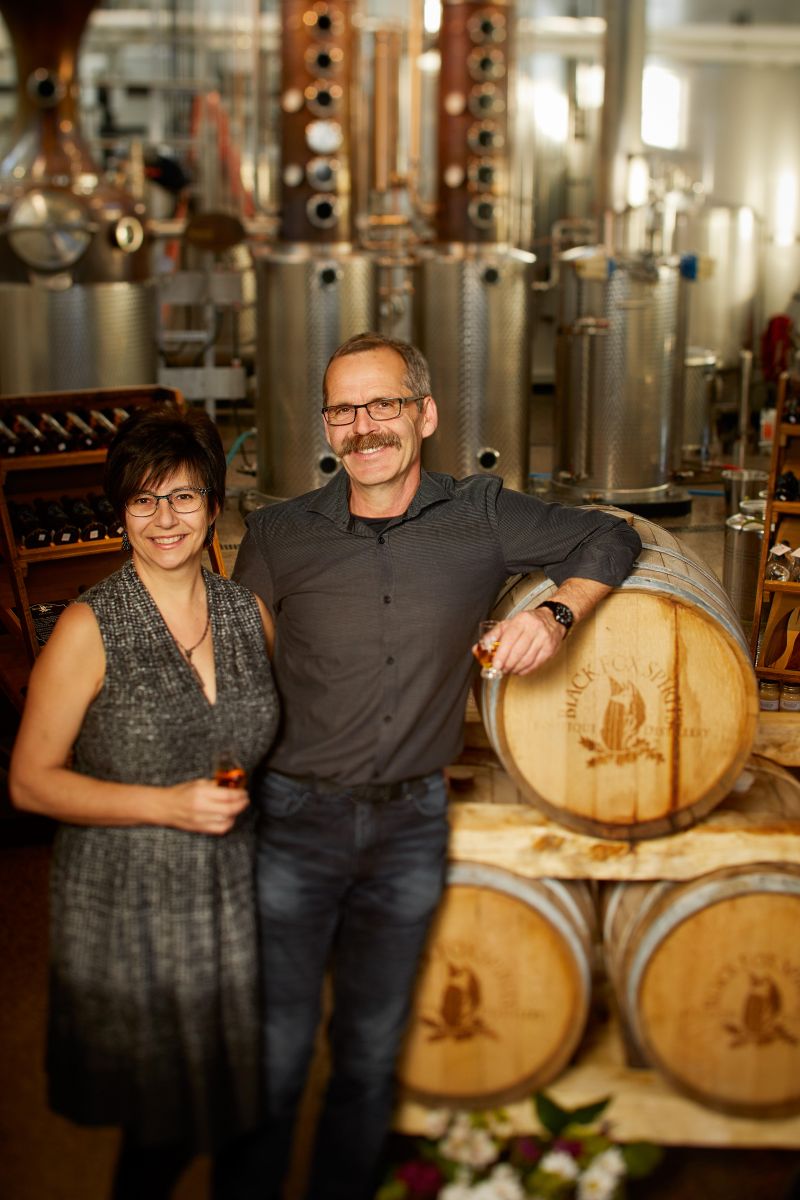 “We made the decision to store our whisky outdoors, so it’s really affected by the climate. When it warms

up the whisky expands into the barrel and when it cools down it contracts — so that interaction with the wood is really what creates all the flavour,” Barb says.

Allowing the environment to play a large role in their products gives their spirits a uniquely Saskatchewan taste. Known as terroir, the influence of the climate, soil and other environmental aspects of the region makes for a truly special flavour that can be traced back to the Prairies. Like the black fox that inspired its name, Black Fox Farm and Distillery is a unique business that illustrates the potential of value-add agriculture.

The couple says the name “Black Fox” came from a series of coincidences that began with a visit by one of the rare animals before they started their venture (be sure to ask them to tell the story if you have a chance to visit!).