Hundreds of agricultural science experts came together on June 14-16 at the Delta Bessborough in Saskatoon, to discuss a one of the most pressing issues facing the human race: how can we ensure that everyone on our planet has enough to eat?

The Emerging Technologies for Global Food Security conference sought to address that topic and more, with the theme "Mobilization to the Developing World." The conference organizers set the tone of the event with an "IQ2" Oxford-style debate on whether or not biotechnology is necessary to feed nine billion people. 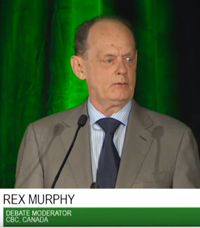 In standard Oxford-style format, the debate featured a single motion: “GM crops and advanced biotechnology are required to meet the challenges of global food security for nine billion people.” Arguing for the motion was Mark Lynas, Visiting Fellow at Cornell University’s Office of International Programs at the College of Agriculture and Life Sciences, from Oxford, UK, and Jennifer Thomson, emeritus professor at the University of Cape Town in South Africa. Arguing against the motion was Peter Langridge, emeritus professor at the University of Adelaide, Australia, and Barbara Burlingame, Professor of Public Health and Food Science/Nutrition at Massey University, New Zealand. The moderator was none other than well-known CBC journalist, Rex Murphy. 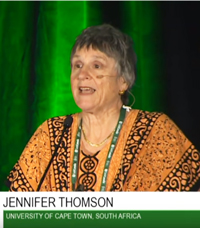 First to speak was Jennifer Thomson, who discussed financial challenges facing GM crops. In South Africa, the regulations on GM crops are so onerous that only multinational corporations can afford to take products through the regulatory process. Ironically, anti-gmo groups criticize the technology in part because it is developed by large corporations.

Thomson says South Africa is undergoing a large demographic shift, with many men migrating from rural to urban areas, leaving women as the primary group left farming. According to Thomson, women are more likely to grow labor-saving crops in order to feed their families. These low-maintenance crops also give them the free time to pursue other interests that enrich their lives. Many GM crops fall into this “labor-saving” category, and there is a demand for them. Thomson concluded by pointing out how unfair it was that well-fed Westerners were preventing underfed Africans from getting enough to eat. 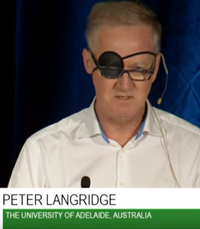 Peter Langridge, in his argument for the ‘against’ side, felt that if the technology currently available was utilized fully, we would be able to meet the world’s food needs. He also noted that it takes a long time for technology to make its way to the developing world, as poorer farmers can’t afford to buy some of the farm equipment used in the Western world. In short, he argued that GMOs are not required to feed 9 billion people because we already have the technology to feed people; we just need to mobilize it. 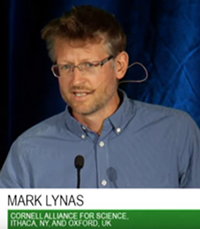 Mark Lynas emphasized that GM technology was a unique tool that could achieve results that no other technology could. Potatoes, for example, are notoriously difficult to breed conventionally, but do not pose the same challenge when it comes to genetic modification. Furthermore, GM technology allows us to introduce traits into crops that might not be possible (or could take a very long time) using other means. Lynas briefly touched on the recent European Parliament vote to deny GM crops to African farmers. He questioned “Why are we seeing a situation where European politicians decide what is and what isn’t appropriate for Africa. There’s a word this: that word is neo-colonialism.” 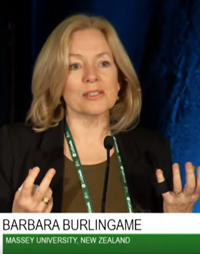 Barbara Burlingame said she believes the main issue when it comes to food security is eliminating micronutrient deficiencies. In many cases, she noted, improving diets overall would be a better solution for malnutrition than a crop enriched with a single nutrient. She cited groups who claim that the loss of biodiversity is a source of poverty and non-sustainable diets in Africa. She also argued that production intensification has a negative effect on food security and nutrition. For example, in a non-intensive, rice-based, aquatic ecosystem, communities get many of their micronutrients from other organisms in the ecosystem, such as fish, amphibians or insects. In an intensified system, those other organisms are less available, resulting in micronutrient deficiencies.

It is worth noting that the debate was quite civil. While the two sides disagreed on many things, there was no unpleasantness. A Q&A session that followed was equally polite and non-threatening. One of the more remarkable aspects of the debate was how intersectional it was, with gender, race, class, and even modern incarnations of colonialism being discussed.

The debate revealed two key things: that GMOs and biotechnology can improve lives in the developing world; but also, that they shouldn’t be relied on as a cure-all solution. In short, while the 'against' side made a very good case for continuing to explore solutions outside of biotechnology, the audience felt that GMOs and advanced biotechnology were necessary to ensure food security for 9 billion people.