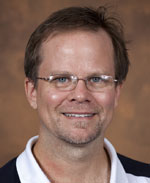 The hazard of participating in an opinion forum on a scientific topic is that science isn't forged from opinion. Two juxtaposed viewpoints in the Sentinel provide the illusion that they are equally meritorious sides of the same issue. As typical with a scientific topic linked to a public controversy, one perspective is based on significant evidence and the other is emotional, with little scientific base.

As a socially and environmentally conscious public scientist, I've always been excited by transgenic crop technology — familiarly, GMO — yet I have been skeptical of claims and cautious of implementation. I've never had interest in the companies that commercialize biotech seeds, and never received any compensation or funding from them. Yet after 30 years of studying the topic, I see evidence that GMO benefits far outweigh limitations.

GMOs and GMO-containing food are not debated in scholarly conferences and are not a point of contention among scientists working in medicine or modern plant biology. Instead, any debates are a social phenomenon, fueled by activist fears, conspiratorial thinking, emotion, low-quality science, “natural” marketing gimmicks, and strong feelings about “Big Ag.” It is an emotional and visceral discussion, because it is about food, something with deep personal meaning, and those with an agenda exploit that. However, when we disengage from emotion and study the science, we see that there really is nothing to fear.

Biotech critics say that the technology does not work. They will tell you that all government and academic scientists are paid stooges for corporations, that there is no independent research, regulation or testing with genetically modified products. They say farmers are dimwits, and corporations are reaping profits by killing everyone with poison products. They will tell you that GMOs cause autism, allergies, obesity and 30 other disorders.

The critics' claims don't match the facts. Farmers freely choose biotech seed because they ensure yields, reduce costs and decrease inputs like insecticides. Hundreds of independent research reports show no evidence of harm. Today, 70 percent of food on store shelves contains at least one ingredient from a GMO plant. The technology also brings us renewable fuels and fibers with lower environmental impact. In trillions of meals consumed, there has not been a single confirmed incident with genetically modified food linked to a health problem. The safety record is amazing, and reinforced by our best scientific organizations, including the American Medical Association, the National Academies of Science and the American Association for the Advancement of Science.

Here in Florida, these technologies could potentially stop citrus greening and other crop diseases. Around the world, the poorest could benefit from improved varieties and nutrition. Sadly, such innovation is being stymied by manufactured perils. Technologies with tremendous potential benefits are frozen because of a vigorous anti-scientific misinformation campaign.

The question is not whether these technologies are safe or whether they should be banned or restricted. Instead, here is what we should be discussing:

Will we allow profiting authors, celebrity chefs and eco-terrorists to arrest the pace of scientific progress? Should privileged food activists dictate what seeds farmers may grow and what technologies may reach the poor? Will we tolerate smear campaigns against reason, science and scientists, like those waged against those that advocate for climate science, evolution or vaccines? Is it ethical for fearmongers to lie to concerned parents about food, especially mothers with limited means? Will we allow a cadre of the Internet's self-appointed experts to coerce politicians into clunky and unnecessary regulation?

These are the real questions in the GMO debate.

Kevin M. Folta is an associate professor and chairman of the Horticultural Sciences Department at the University of Florida.

This article was first posted in the Orlando Sentinel. Republished with permission from the author.