Crop development: A look inside the U of S phytotron 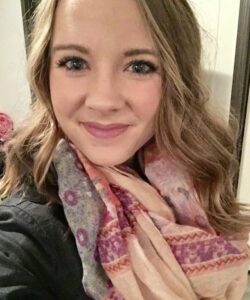 Spring has sprung. As the sun and warm temperatures melt away the remnants of winter, farmers across Canada are gearing up for seeding. Throughout the winter, hours have been spent choosing the best crop varieties for each farm operation. While this happens yearly, have you ever stopped to consider the processes, people, and facilities involved in developing these crop varieties? Before seeds reach Canadian farms for planting, years of research and development have been conducted to ensure the resulting seeds are high-quality and contain the necessary traits to produce healthy, vigorous, and profitable crops. This is the first in a series of blogs that will explain the annual cycle of variety development.

What is a phytotron?
A phytotron is an enclosed greenhouse used for research. The University of Saskatchewan’s Controlled Environment Facility (CEF), also known as the phytotron, plays a vital role in plant breeding in Canadian agriculture. Located in the College of Agriculture and Bioresources, the phytotron consists of 183 controlled environment reach-in cabinets and walk-in rooms, as well as lab and workspace that facilitate plant, soil, and pathological research. The phytotron is used as a teaching facility for undergraduate and graduate programs as well as carrying out research. The facility allows for plant growth all year long, something very important for breeding programs in a province like Saskatchewan whose growing season ranges from about 120 to 150 days. Such a facility allows breeders to complete three to four growing cycles per year. In addition to offering multiple growing cycles, breeders benefit from controlling environmental variables including temperature, light, and humidity. The ability to control all variables allows researchers to study how plants, soil, disease, and pests interact when faced with a variety of conditions. 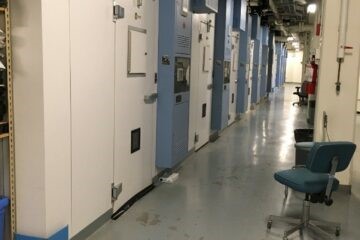 Chambers found at the U of S phytotron.

History of the phytotron
The phytotron at the University of Saskatchewan was first established in 1991 as part of the new Agriculture Building. Many notable research activities have taken place at the U of S phytotron since its inception, including the initial breeding work for CDC Sorrel and CDC Plava flax varieties and work conducted on sequencing the lentil genome. The phytotron has received multiple upgrades, including energy efficient lighting, an upgraded control system, and an advanced cooling system which can produce freezing temperatures. This state-of-the-art facility is not only one of the largest phytotrons in the world, but it also has the cost-saving benefit in the winter of removing heat from the facility and using it to help heat the remainder of the agriculture building. This heat-recycling initiative by the College helps to improve the environmental impact of the college and its facilities.

Plant breeding in the phytotron
Plant breeding is a complicated process which warrants an article of its own, however, at its most basic level, classical breeding of a new crop variety involves selecting for desirable traits in the resulting variety and for the elimination of undesirable traits. The breeding process begins first by determining the desired traits at the producer and consumer levels in the resulting variety. These traits can relate to elements such as yield, vigour, or disease resistance at the producer level, or nutrition, appearance, or size at the consumer level. Parent crops are selected based on their genetic makeup and they are crossed by extracting pollen from one parent plant and using it to fertilize the other. This results in a new generation of plants which contains a combination of traits from both parents. These crosses are completed and grown in the phytotron chambers, which allow for complete isolation between plant material, preventing cross-pollination and maintaining line purity. They also allow for control of all environmental barriers, ensuring perfect growing conditions exist for the plants. Countless rounds of crossing and selection are completed until a small number of resulting lines are selected to advance to the next step in the development process (which involves seed analysis and larger variety registration trials).

The phytotron’s impact on the Canadian agriculture industry
Today, many U of S programs use the phytotron chambers for plant breeding and research efforts. The advantage of using the phytotron facility over a standard greenhouse is the opportunity for increased isolation, minimizing the risk of contamination or pest transfer that exists in shared breeding facilities. The ability to control all variables, including light and temperature, in each chamber individually gives the phytotron an advantage as a research facility, ensuring accurate and reputable results with little room for random error. Because breeders are able to conduct 3-4 growth cycles each year in the phytotron, the variety development process is expedited.

Canadian farmers benefit immensely from the research conducted at the Controlled Environment Facility. New varieties of crops, like flax and pulse varieties, are constantly being developed and released commercially by breeding programs thanks to the year-round operation of this state-of-the-art laboratory facility. Continuous variety development offers Canadian farmers the necessary tools required to combat the ever-changing challenges of Canadian agriculture. The University of Saskatchewan’s phytotron is one of many important facilities used in the research and development process of new crop varieties in Canada. 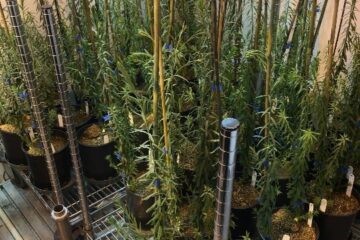 Flax being grown in the chambers at the phytotron as part of the U of S flax breeding program.


Thank you to SAIFood.ca for sharing this blog. Watch the website for future articles in this series.