Columnist feeds the fears of the food we eat

Dr. Keith Downey was a key member of a team of Canadian scientists who developed the first varieties of canola – now the source of one of the healthiest edible oils available and a $19 billion dollar industry in Canada. Known as one of the “Fathers of Canola”, his long list of awards includes Officer of the Order of Canada, the prodigious Royal Bank Award, Fellow of the Royal Society and Agriculture Institute of Canada, and inducted into both the Saskatchewan and Canadian Agricultural Halls of Fame. Downey took the time to write a response to the author of a column in the Calgary Herald regarding misinformation about agricultural technologies.

I am a retired Agriculture Canada plant breeder who has developed varieties of canola, tame mustards and alfalfa that have dominated the Western Canadian landscape. I used genetic variation to develop the crop we now call canola, as well as selecting for varieties with superior yield, quality and/or pest resistance. Thus I was dismayed by the many inaccurate and misleading statements and comments contained in Donna Balzer’s column, ‘Who’s Afraid of GMO?’ published in the Calgary Herald on January 29, 2016. The intent of the article – to encourage growing heirloom varieties as an interesting pastime – is laudable, as it can help maintain genetic variation (although seed of most of the old varieties are maintained in gene banks throughout the world). My concern, however, is the inaccurate portrayal of the plant biology contained in her column.

Balzer claims that her grandchildren are excited to hear about genetically modified organisms. That is encouraging to hear; unfortunately, it seems they are being misinformed.

Her grandchildren experimented by placing a seed of one species in the vegetative tissue of another species. This might have been fun, but they would have learned a lot more had they read some accurate biology background in Wikipedia (the free encyclopaedia) instead of the trash found on many websites. 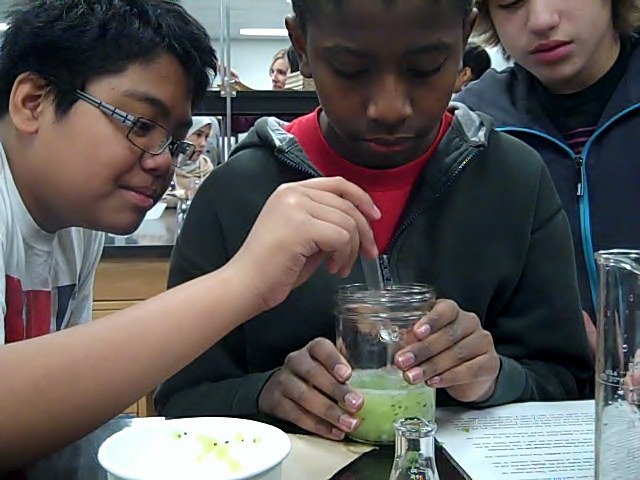 Balzer says her grandson’s mother told her child that “there are some foods that don’t have seeds because they have been genetically modified” (GM). Her grandson should have been encouraged to take a closer look at the kiwifruit he was eating. Kiwifruit does have seeds! They are the little black specks in the lines radiating from the fruit’s centre. Take a look. He should also understand that it is possible to have varieties of certain crops that produce viable seed and other varieties of the same crop that produce no seed (or seeds that can’t reproduce). Both are grown commercially, but we like our seedless oranges, grapefruit, watermelon and bananas. Balzer also implies that kiwifruit is GM. She is wrong!

According to Balzer, the boy’s mother also claimed that some plants “have a suicide gene designed by big companies to die instead of grow.” To the best of my knowledge no one is using genetic engineering to develop such plants and there are no GM crops that have a so called ‘suicide gene’. However, there have been a number of different techniques put forward to breed plants to produce nonviable seeds – not with the idea to prevent farmers and gardeners from growing their own seed, but rather to prevent the introduced gene from escaping to other varieties and related species or growing where it is not wanted.

Balzer mentions a company called Baker Street Heirloom Seeds, which produces an annual seed catalogue containing anti-GMO rumours, half-truths and lies. I am not surprised that Baker Street is publishing such misinformation as they and the other seed companies mentioned have a bias. They want people to buy their organic heirloom seeds. It is something like the American presidential race: trash the competition.

Because the public has little understanding of modern biology and genetics, it is very easy to frighten people about the food we grow and eat. This fact has been used by well-funded organizations, such as Greenpeace, Friends of the Earth, etc. to make anti-GMOs a business and a political football. They continue to expound dogma as fact, even when science has proved them wrong at every turn. The fact is almost every plant we eat or use in our daily lives has been genetically modified by human selection and breeding, beginning with the earliest hunter-gatherers thousands of years ago.

Another fact: we have been consuming products from GM plants for over 20 years and no credible scientific studies have ever shown GMOs to have a detrimental health or environment impact. International bodies such as FAO, WHO, the European Commission, the American Medical Association and many more have concluded, on scientific evidence, that GM varieties pose no greater risk to health or the environment than conventional varieties.

Balzer doesn’t stop with GMOs. She goes on to comment on gluten in wheat. She claims to be gluten sensitive, but discovered while on a trip to Europe she was able to eat breads and croissants without consequence. I would suggest that this is strong evidence that gluten is not the culprit in her diet, as both European and North American wheat varieties contain gluten. She continues to show her ignorance by saying “…is it possible I am sensitive to the GMO wheat grown here in North America?” That is definitely not the problem as there is no GM wheat grown anywhere in the world!

I wrote a letter to Donna Balzer to correct some of the inaccuracies, hoping I could convince her to write another piece that would clear up some of the misinformation in her original article. Her answer was polite but rather dismissive. It was clear that she was not open to this suggestion nor did she seem concerned that her anti-GMO readers, if they believed her writings, would need to give up their tasty gluten-containing bakery goods, or their nutritious kiwifruit.

These kinds of articles do nothing to educate the general public but they sure feed unfounded fears of the food we eat, which is the safest, most plentiful and most affordable food in our history (thank you farmers of Canada and the world). People are now mixing up the idea of GMO-free and organic foods, which are two totally different things, but someone has figured out they might be able to make some extra money out of consumers’ fear. I could go on but I won't. Maybe the Calgary Herald will ask someone with a little basic scientific and agricultural knowledge be a guest columnist next time.

I will leave you with a final thought. In a recent survey of US consumers, over 80% of respondents wanted the food labeled if it contained DNA. I kid you not – DNA.