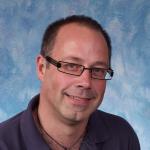 is a research scientist in the Department of Bioresource Policy, Business & Economics, University of Saskatchewan.

A column written by Paul Hanley that ran in Saskatoon's StarPhoenix on October 9, 2012, is inaccurate and based on shoddy research by Charles Benbrook, who has a long history of releasing his reports on the Internet and arguing that herbicide tolerant (HT) crops are horrible for agriculture and the environment.

There are multiple flaws in Benbrook's so-called research.

Benbrook fails to mention that corn acreage in the United States has risen to 96 million acres in 2012 from 80 million acres in 1996. Raising the total number of corn acres by 20 per cent during this period will require an increased volume of herbicides, but of course, he does not take this into account. Of greater concern is the fact that Benbrook does not use the academic standard – the environmental impact quotient (EIQ) – in terms of measuring environmental impacts from herbicide application. Hanley does not even appear to know about the EIQ. The real tragedy of Hanley's sloppy approach is that he neglected to take any initiative to balance the column by searching for research relevant to Western Canada. As the leaders on a four-year study on the impacts of herbicide application in the production of canola in Western Canada, we applied the scientific standard EIQ to herbicide applications and found polar opposite impacts.

Our research shows that when comparing canola production in 1995 (prior to GM canola being commercialized) and 2006 (82 per cent herbicide tolerant canola) the toxicity of agro-herbicides applied to canola has decreased by 53 per cent. There has been a decrease in producer exposure to chemicals of 55 per cent, and a decrease in chemical active ingredient application of 1.3 million kilograms. The cumulative environmental impact per hectare (EI/ha) of the top five herbicides applied in 1995 was 46,715, while the figure for the top five herbicides applied in 2006 was 29,458.

If HT canola had not been developed and Canadian canola farmers continued to use previous production technologies, the amount of active ingredient applied to control weeds in 2007 would have been 38 per cent above what was actually applied.

Our research identified significant environmental benefits, such as producers reducing summerfallow as part of their crop rotation. The adoption of HT canola varieties offered new options in weed control. In 1999, a mere 11 per cent of canola acres were produced using zero or minimum tillage as the preferred form of weed control. In 2006, 64 per cent of producers were using the preferred zero or minimum tillage. This reduction in tillage results in one million tonnes of carbon no longer being released due to tillage or being sequestered in the soil. The production of HT canola in Western Canada is the most environmentally friendly form of crop production currently being utilized by farmers, including organic crop production. Given the change in tillage and herbicide use, the financial benefits of HT canola are substantial.

The economic benefits to canola western farmers from the use of HT canola averages between $350 million to $400 million annually.

Clearly, had Hanley invested even a minimum of effort to properly research his column, he would have discovered local research that contradicted his article.

But there's a simpler way to find out: Just ask a HT canola farmer whether he's using more or less herbicide now than when he grew non-HT canola.