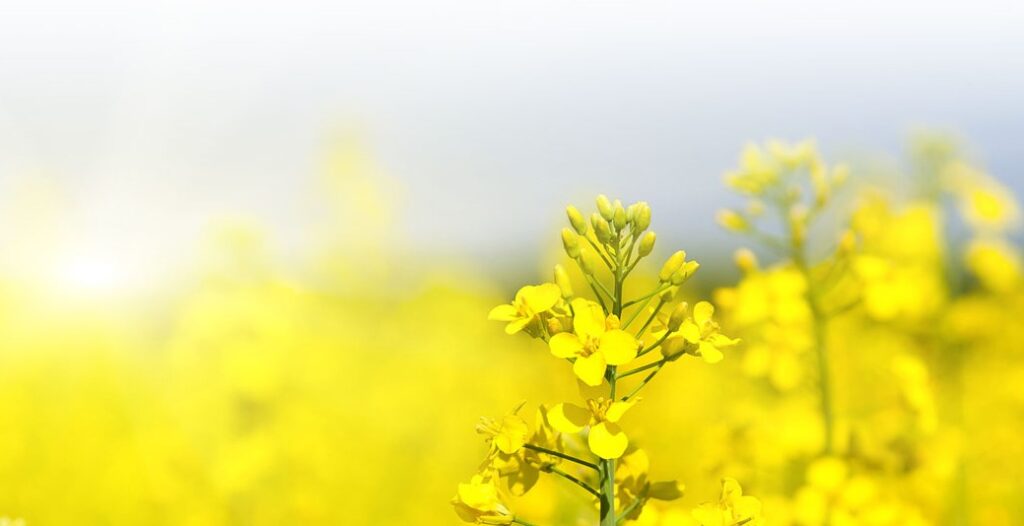 The Canola Council of Canada cautions consumers about the misinterpretation of results in the study, “Effect of canola oil consumption on memory, synapse and neuropathology in the triple transgenic mouse model of Alzheimer’s disease,” by Elisabetta Lauretti and Dominico Pratico at Temple University. It was published Dec. 7 in Scientific Reports – an online, open access journal.

The study was conducted using a mouse model; it was not a human clinical trial. Specifically, mice were genetically engineered to develop three characteristics of Alzheimer’s disease (AD): memory impairment, amyloid plaques and neurofibrillary tangles.

“This mouse model is a huge stretch from what you may see in humans,” says Peter J. Jones, Ph.D., Canada research chair in functional foods and nutrition, Richardson Center for Functional Foods and Nutraceuticals, University of Manitoba.

“Animal models of Alzheimer’s lack predictive validity,” adds Richard Bazinet, Ph.D., associate professor at the University of Toronto’s Department of Nutritional Science, who reviewed the study. “We have a series of major phase III clinical trials with drugs in Alzheimer’s disease. The drugs ‘worked’ in the animal models, but failed in humans.”

The researchers divided the mice into two groups at six months of age before they developed signs of AD. Twelve mice were fed a normal diet, while the other 10 mice were fed a diet supplemented with canola oil. The researchers then assessed the mice at 12 months, noting the canola oil-fed mice gained weight compared to those fed the control diet. This finding is not surprising given that the canola oil diet was higher in calories than the control diet.

“The two diets were not balanced for fat content,” explains Jones. “We know that higher fat diets are more palatable and lead to increased food intake and weight gain, which is what happened here. This weight gain would have happened with any type of fat being provided. Animals with greater body fat will elicit reduced food-seeking behavior which may, independent of any fat-induced action, well explain the differences in brain chemistry and memory.”

Some news reports about the study compare the results of canola oil to olive oil. The same researchers published a similar study in Annals of Clinical Translational Neurology in June 2017 using mice fed either a standard diet or one supplemented with olive oil. The current study does not include an olive oil group. Therefore, comparisons between canola and olive oils are limited except that they are both predominantly composed of monounsaturated fat. In addition, the mice fed olive oil in the first study also gained more weight than the control group.

“The contrast in the study of canola oil with olive oil is completely inappropriate without a group fed olive oil being tested,” says Jones. “This is an absurd over-reach of what the data provide without testing both oils side by side.”

The studies comparing olive oil and canola oil to a standard mice diet were reviewed by Health News Review, a team of independent health reviewers who apply standardized criteria to news stories. Their two reviews, “Here’s why you can go ahead and ignore all those clickbaiting ‘olive oil protects against Alzheimer’s’ headlines” and “Temple University again greases the clickbait machine with canola oil study,” found numerous flaws in both studies. This time, the researchers used “a similarly shaky study using the same methodology to claim canola oil could be bad for the brain,” wrote the reviewer. “Temple [University] issued this attention-grabbing news release: Canola oil linked to worsened memory & learning ability in Alzheimer’s. Once again, the headline jumps way ahead of what the research actually shows … This new study doesn’t say anything meaningful for consumers.”

Moreover, an independent scientist at the University of Florida, Kevin Folta, Ph.D., critiqued the canola oil study as well in his article “No Evidence of Canola Oil Causing Alzheimer’s and Dementia,” concluding that “the paper does not show in any way that there is a causal link to disease in humans. Not even close.”

Out of six measures and three different tests, the canola oil-fed mice were different for one test and showed about a 20 percent difference in behavior, notes Folta. The researchers refer to this as “significant deficits of working memory” but this slight difference in one test is inconsistent with this claim.

The notion that canola oil is linked to dementia and worsens Alzheimer’s symptoms “in no way reflects what the data present,” Folta continues. “What the data show is that mice fed more calories from oil that get overweight behave slightly differently in one of several neurological tests and has a subset of biochemical changes that are consistent with AD, in a mouse that is designed to have neurological modifications that are consistent with AD … these results do not indicate any ill effect on human health, and show slight effects on messed up mice.”

Finally, contrary to Pratico’s claim that “very few studies have examined the claim that canola oil is healthy,” there is substantial evidence based on human clinical trials attesting to this fact, especially canola oil’s ability to help reduce the risk of heart disease. In fact, clinical studies have been going on for decades involving thousands of human volunteers to examine canola oil and its effects on the body. A scientific literature review published in the peer-reviewed journal Nutrition Reviews in May 2013, summarizes 40 research studies to date related to the health benefits of canola oil.

In 2006, the U.S. Food and Drug Administration authorized a qualified health claim about canola oil’s ability to reduce the risk of heart disease when used in place of saturated fat.

For more information about the health benefits of canola oil, visit www.canolainfo.org.