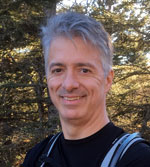 From field research and farmer surveys to genetics for disease resistance, “electrifying” new crop protection strategies and using drones to map crop inputs versus performance, much effort is going into producing a crop that Nature wants to eat or beat, whether it be through insects, fungi or weeds.

More than 250 delegates attended the Canola Industry Meetings and Canola Innovation Day which over more than 45 years has become one of the premier events in the canola industry. Held in Saskatoon November 30 and December 1, the event presented both a status report and an update on the latest research and upcoming technologies.

Presentations began with reports on the 2016 crop, which was mostly in the bin and of average yield and quality. This was despite a hot, dry spring that hampered germination and a wet summer over much of the Prairies, followed by early, heavy snow in October and much wind damage in Manitoba. The moisture brought heavy disease pressure, with scelerotinia present in 92 per cent of fields tested and blackleg at 65 per cent, according to Saskatchewan Agriculture.

One looming disease problem is clubroot, which is spreading across the Prairies. Although there are resistant varieties, delegates heard that the fungus mutates easily and there are a dozen or more variants able to overcome resistance. This makes management practices such as crop rotation crucial to the future of the canola industry.

Genetics continues to bring improved performance and more ideas are on the way. For example, a breakthrough at the University of Guelph allows Arabidopsis – closely related to canola – to triple oil production. The next step is to see if this trait can be moved into Brassica napus and other canola species.

Other presentations looked at crop pests such as flea beetles and the sometimes controversial neonicotinoid seed treatments used to control them. One study reported that the bees seemed to produce less honey when exposed to neonics, but there was no effect on reproduction or population size. 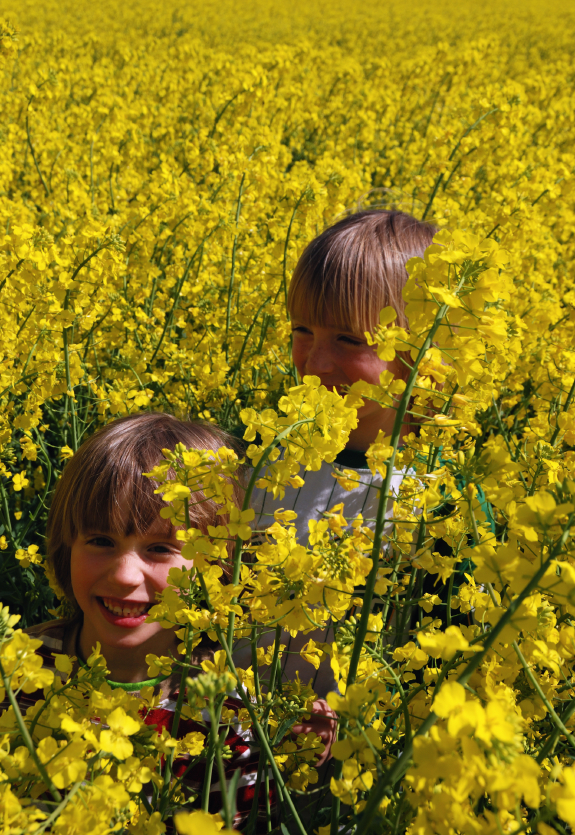 Presenters also tackled a perennial question: how much canola is too much? Delegates heard that in Sweden, oilseed rape is planted every four to five years. In parts of Canada, canola is often planted every second year – sometimes even back-to-back – since it is the most profitable crop available. As the Canola Council of Canada’s Justine Cornelson shared, “We know canola-on-canola rotation is a disaster waiting to happen,” since insect pest populations and disease prevalence increases as these pests become resistant both to pesticides and in-borne plant defences. Both are precious resources that are squandered at the peril of the entire industry.

Innovation has been the name of the game for canola since the first variety, Tower, was released in 1974. Grown all over the world (where it is still often referred to as oilseed rape), canola produces one of the healthiest edible oils available, and its meal is preferentially sought by, for example, California dairy farmers, where its high quality protein allows their cows to produce more milk. Delegates also heard the latest on Dow’s ProPound canola-meal-based feed for livestock such as hogs and chickens. 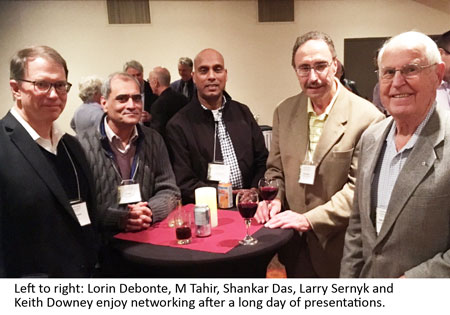 On the human nutrition side, delegates also heard that in the next four years Cargill is planning on releasing its new canola, high in both EPA and DHA. These omega-3 fatty acids, found primarily in fish oil, promise health benefits such as aiding weight control, promoting cardiovascular health and modulating blood sugar for diabetics. Being inexpensive and abundant, canola oil is available to families at all income levels.

Back in the field, information technology and geographic information systems are being used to tame the many variables, from seed and crop protection inputs, to yield history, differences in soil nutrients, moisture and landforms – even weather, courtesy of on-farm weather stations.

Experts from the University of Alberta, as well as the private company FarmEdge, shared that with the aid of today’s computing power to crunch these variables, precision farming systems are helping to take at least some of the guesswork out of farming. Such systems can, for example, guide planting, including applying fertilizer and crop protection products only where needed, lowering environmental impact, increasing efficiency and bolstering the farmer’s bottom line. Such systems are scalable from relatively modest 1,500-acre operations to the largest operators that farm many thousands of acres.

One literally “electrifying” crop protection solution comes out of Germany by way of Brazil. Matthias Eberius from Zasso told delegates how the company’s “Electroherb” solution is aimed at a looming problem: weeds are growing resistant to herbicides and no new herbicides have been discovered in decades.

The technology was first developed in Brazil to control weeds in tree and sugar plantations and soybeans. It uses electrode bars mounted on the front and back of a 100-hp tractor, reminiscent of a sprayer. As the bars sweep over the weeds, electric current travels through the plants and deep into the roots for lasting weed control. Energy costs are from three to 30 litres of diesel per hectare – and there is little danger of the weeds becoming resistant to electricity. Zasso touts the solution as ideal for organic production systems; whether it can be scaled up and adapted for Canadian canola fields is an open question.

Michael Robin is a freelance writer in Saskatoon, SK.