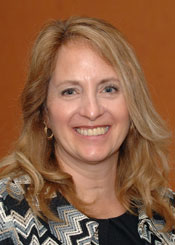 Thanks to plant biosciences, Canadian families can enjoy around 58 per cent savings on groceries in this country. This works out to about $80 per week, $300 per month or $4000 per year. There are plenty of other benefits to consumers, including access to more nutritious food that stays fresh longer and is more flavorful. These technologies also help farmers conserve agricultural soil, thanks to low or zero-till practices used with genetically modified (GM) crops. In 2008 these crops contributed to $70 billion in economic activity in Canada, or 8.8% of the Canadian GDP. (see report) According to Janice Tranberg, VP Western Canada, CropLife Canada, in spite of all the benefits of GMOs – and in spite of the fact that the technology has been widely accepted in many countries – trade is still an issue.

Tranberg has been dealing with the question of Low Level Presence of GMOs for the past four years. She chairs two stakeholder working groups that comprise representatives from the entire industry value chain, including government. Tranberg was invited to share her knowledge about the issues at an event hosted by Ag-West Bio in December 2012 at Innovation Place in Saskatoon.

In relation to plant biotechnology, Low Level Presence (LLP) refers to “the unintentional and incidental commingling of trace amounts of one type of seed, grain or food product with another.” With the complexities of transportation, storage, harvesting, and processing, low level presence is unavoidable. Safety is not the issue – all GM products go through rigorous testing before reaching the market – but the technology is relatively new and the development of trade policies have not kept pace. The problem comes when these materials enter a country where the GM crop in question has not yet been approved. Even tiny amounts – equivalent to a single grain of rice in a large bowl – have caused entire shipments to be rejected. This disrupts trade and can cause serious financial loss.

Canada has encountered this a number of times in recent years. Through the Grains Innovation Roundtable, the two groups that Tranberg chairs – the Trade Policy Working Group and the Market Access Biotech Working Group – have been engaged in developing reasonable and acceptable guidelines to help the government create policies to deal with Low Level Presence. When the groups started out, there were few countries that had policies.

As the work progressed, awareness increased and today other countries are also working on developing strategies, which vary widely. For example, in the US, if another organism with the same protein has already been approved, the product under question is also allowed. Vietnam has taken an interesting stance on GMOs: if five or more countries have given approval for a crop, they will also approve it. With input from the working groups, Canada’s federal government is taking a leadership role in developing sound policies that can then be adopted internationally. Tranberg says Gerry Ritz, the Federal Agriculture Minister, “fully understands the need for policies, and is committed to developing an international engagement strategy, and to creating an LLP policy for Canada.”

Gathering input from stakeholders is an important part of the process. A questionnaire posted on Agriculture and Agri-Food Canada’s website gives stakeholders a chance to get involved. The deadline for comments is January 19, 2013.