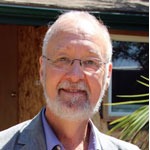 It’s the time of the year when banks, credit unions, insurance agencies etc. pass out free 2018 calendars. I picked one up the other day titled “A planet for life.” October’s image was a classic aerial photograph of a flowering canola field with parallel tramlines (tracks through the fields used by the farmer’s equipment for various spraying operations during the growing season). The caption for the image was “GMOs.” In all likelihood it was a field of GMO (short for genetically modified organism)canola.
The anonymous caption correctly stated that GMOs are plants/crops that contain DNA from another organism and thus a food can contain DNA from another organism. If that frightens you just think about your daily diet, which contains DNA from multiple organisms: yogurt (bacterial DNA), mushrooms and yeasted bread (fungal DNA), salads (plant DNA), eggs (chicken DNA) and of course various meats and fish with animal DNA. Enjoy. A healthy diet is one that contains a variety of DNA from many species.
The caption correctly points out that farmers grow GMOs to enhance yield to “help feed the world.”
It then goes on to say that critics argue that:
1. GMOs reduce biodiversity.
I would argue that all agriculture has done that since we planted the first seed; GMOs are no worse.
2. GMOs increase farmers’ dependency on seed corporations.
This may be true for the few hybrid crops grown (whether GMO or not) but the majority of crops are not hybrid.
3. GMOs have health risks.
There's no evidence of this.
4. GMOs can lead to pests that are resistant to pesticides or herbicides, meaning greater costs to farmers and a vicious cycle of more sprays and subsequent environmental damage.
On this last point: Pesticide resistant insects and herbicide resistant weeds existed well before there were GMOs. Recently, the many benefits of resistant crops (less toxic pesticides, for example), has led to rapid adoption of herbicide resistant crops (GMO or non-GMO) by farmers, which has exacerbated the problem. However, just as we still must learn how to use antibiotics effectively to reduce the development of antibiotic resistance (nobody is suggesting we stop the production or use of these valuable products), farmers have to learn how to use herbicide and insect resistance more effectively in their weed/insect control programs.
Next October, if you happen to have one of these calendars on your wall, admire the artwork. But if you happen to read the caption I hope you’ll remember these comments.
Photo source: A Planet for Life calendar – October 2018