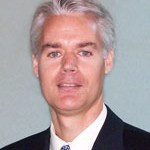 is president; CEO of Genome Prairie

In case you hadn’t noticed, there were significant changes announced recently regarding the organization and leadership of Saskatchewan Government ministries. Many people don’t care about such things. After all, this is the playoff season, so there is already plenty to talk about around the water cooler. However, there is nothing that creates more buzz in the coffee rooms of not-for-profit organizations that rely on government funding more than a good old cabinet shuffle.

Federal and Provincial cabinets across Canada change regularly for various reasons. Sometimes the reasons are political, such as appointing a minister from a riding where a party’s popularity may be waning. Sometimes the reasons are practical, such as providing valuable experience to newer MPs or MPPs. In some cases, ministers are dismissed for doing a poor job while others are promoted to a higher profile ministry after performing well at a previous post. Other times, assignments are actually based on experience and qualifications that are relevant to a particular post and are driven by a desire to make governments work better (shocking, but true).

Alas, the press releases announcing ministerial re-assignments seldom list the reasons for the changes leaving those outside of affected departments wondering what it all means. Will the bureaucratic machine forge on under new leadership with little day-to-day change? Will there be staff or program cuts? Is the government signaling a bold shift in strategy? These are the things that are pondered over the water cooler in many not-for-profits in the days and weeks following a shuffle. Eventually, all will be revealed, but not before every tip based on something that someone heard from someone on the inside has been thoroughly scrutinized.

I have not yet developed any theories on what the most recent Saskatchewan shuffle means, but it does signal a definitive change in how the provincial government will operate. Unlike previous shuffles that were relatively minor, this one shakes things up completely, with only two ministers retaining their previous posts. Now that they are safely back in power, is the Saskatchewan Party making some bold moves?

The most significant change is the development of a “super-ministry” called the Ministry of the Economy, with Bill Boyd at the helm. This new entity will combine Enterprise Saskatchewan, Innovation Saskatchewan, Tourism Saskatchewan, employment, trade, energy and resources. How the new ministry will operate is still unclear (at least to me), but a consolidation of this sort probably signals an attempt to create more alignment and reduce redundancy between departments that have similar overall goals—in this case to address the growth economy that the Province is currently experiencing. Will that mean job cuts, changes to programs and new Deputy Ministers? Your guess is as good as mine.

More information on the cabinet shuffle can be found here.

I’d love to hear your thoughts on the changes.