is President and CEO of Agrisoma Biosciences and a member of Ag-West Bio's Board of Directors. 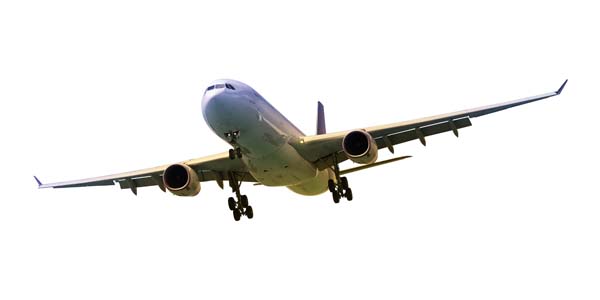 There is a lot of talk these days about planes flying on renewable fuels. You are starting to see many articles about biojet and airlines flying on fuel made from algae or crops or other types of renewable oils. Let me start off by saying, it’s a good thing – but for more than the obvious reasons and this will become apparent. Let’s start with the basics.

July 1, 2011 was a big day for renewable fuels and aviation. This date is important since that’s when there was approval of a new form of aviation fuel called HEFA (or hydrotreated esters of fatty acids) by the Subcommittee D02.J0 on Aviation Fuels in ASTM Worldwide Committee D02 on Oil Products and Lube, which formally approved adding the jet fuel annex for the alternative fuel specs D7566 titled “Standard Specs for Aviation Turbine Fuel That consists of Synthesized Hydrocarbons,” which now allows up to 50/50 combination of biobased components with conventional Jet-A power. D7566 fuels also satisfy the requirements of ASTM D1655, “Specification for Aviation Turbine Fuels,” that’s been employed by the aviation community for several years for standard control and distribution of conventional aviation turbine fuel.

It all sounds very serious and official. Now if you understand this technical jargon, you recognize this July date was the birth of “biojet.” But if you don’t understand the technical jargon, let’s just say that this was the day when agriculture and aviation ended up checking each other out. Now that aviation has looked down from 35,000 feet and recognized the presence of agriculture, and now that agriculture can supply the material to make “HEFA,” it’s making some very interesting times for the agriculture industry.

So why does the birth of biojet matter to agriculture? Two reasons:

1.) Agriculture does one thing really, really well: delivers, on a massive and reproducible scale, uniform commodities with tight product specifications. It does this year after year, with a least cost model, using a highly developed infrastructure to deliver products on a global basis. Agriculture is good at volume, distribution and cost management.

2.) HEFA, or biojet, is based on the conversion of plant oils into synthetic kerosene or aviation fuel. Aviation needs lots of plant oils to make biojet, and despite all of the chatter about making jet fuel from everything from pond scum to liquefied garbage, agriculture is the answer to that demand issue: a reliable source of plant oil or “feedstock” at an effective price.

It’s a marriage made in heaven. Essentially, the aviation industry uses a lot fuel. As an industry, fuel is their largest cost. Fuel prices continue to rise and oscillate higher and higher. Higher fuel prices eliminate profits. No profits mean bankruptcies. And so on and so on. Add to this the increasing pressure for airlines to reduce carbon emissions, to face carbon taxes, to be greener in their operations, and to find a way to secure a reliable supply of quality fuel, and……. well, you get the picture. Biojet offers that security and quality. Aviation needs the power of agriculture to enable the incorporation of biojet into aviation operations.

Back to the original premise: Agriculture is the means to deliver feedstock at scale with a reproducible composition that enables efficient and cost effective production of fuels that can enhance airline operations – and by the way, we didn’t mention the whole premise of agriculture capturing carbon for greenhouse gas reduction.

However, it’s not just agriculture in general that has gotten the aviation industry excited; it’s an emerging form of agriculture that has piqued their interest. Aviation is staying away from using food crops to produce feedstock. They don’t want to use food oils as their “feedstock.” They already have made that non-negotiable. It’s not a bad thing; quite the contrary. It challenges the agricultural industry to develop new products that can scale to these incredible volumes, new products that don’t displace food production, but rather add to the agricultural economy. It opens the door for agriculture to use its long history in commodity management to manage new products. Two major value-creating activities are immediately apparent, greater utilization of infrastructure for commodity scale management of new products, and new opportunities for farming with enhanced rotation strategies with increasing use of fallow acres. What this boils down to is increasing the influence of agriculture on the GDP, new farm incomes, greater scope of rural economies and a greener environment.

Some may view this as a bit “pie in the sky,” but it is happening and it’s not going to disappear. The price of crude oil is not going to suddenly retreat to $50 or $60 a barrel, the interest in reducing carbon emissions is not a passing fad, and the aviation industry continues to grow and be a preferred form of commercial transportation. It is an integral part of our economy. More and more people continue to fly to more places. When was the last time you were on an empty plane? And there is no other option for the industry, as planes operate in extreme environments and need liquid fuels with very high energy densities. No electric, no solar, no hybrids, no wind; it needs to be a liquid fuel that meets very demanding product specifications available on a global basis. Remember all that ASTM D7566 stuff we talked about earlier? It demands very high specifications on fuel quality which means uniform and demanding specifications on the stuff you use to make the fuel. Sounds like they should team up with agriculture, since it delivers what they need: big volumes of specific quality – and that’s the opportunity.

Right now agriculture is the only realistic and proven method to get biofuels to the market. We drive with 10% corn ethanol in our cars; biodiesel is soy or canola based. Why? Because agriculture can deliver these raw materials on a scale and at a cost that makes it work for the farmers and the fuel guys. Someday it will all be different, but that ‘someday’ is a ways off and in order for someday to happen, there are a lot of miracles (i.e. technology breakthroughs on an unprecedented scale) that need to happen. Until that happens, we still need to consider how to get this industry off the ground (pun intended). Agriculture is part of the long term solution for renewable fuels and renewable fuels are an opportunity to add value to agriculture, increase farming incomes and in the end, enhance food production through better management practices and novel products that provide food and fuel benefits. There is actually no down side to this, no trade-offs, no compromises. This is a real and current opportunity that agriculture has to embrace. It is additive and it’s integrated into agriculture’s strengths. Food versus fuels? Not really. It’s food and fuel.

To make this happen we need leadership. In the United States, defense has taken leadership in renewable fuels. The US Navy has launched the Great Green Fleet where an entire battle group (carrier, fighter planes and support ships) are running on renewable energy. They have very ambitious plans and are putting $510 million dollars into the concept. They actually see how agriculture fits in to the whole equation. The rural economy is important to them as they realize that they are a food secure nation (meaning they feed themselves). They also realize that 16% of the United States population is rural, but 40% of the military comes from that rural population. Agriculture and biofuels can provide an economic rebalancing of that situation, while contributing to energy security and a greener environment. Again it’s hard to find an issue with that. It’s that leadership and vision that will drive the process forward and create value for agriculture in the United States.

Canada must do the same. We must recognize that agriculture is more than the export of commodities; it’s an economic engine that can do so much more. Summer fallow, poor yields, weather stresses and limited markets for goods can be eliminated as the aviation industry embraces biofuels. We can do this right, in an inclusive fashion that enables a wide swath of society to benefit from these activities and actually help the environment. If I was to tell you that I have a way to add 30% to the entire agricultural GDP and clean up the environment in the process you would immediately dismiss me as one of those “crackpots.” Maybe I am, but with global aviation demanding 30 billion gallons of renewable fuel, it’s hard not to look at the sky and then down at the farmland and say “why not?” We have watched the Canadian agricultural industry mature into a globally respected force over the last 25 years, embracing technology (yes, I mean GM technology) and new products, adding billions of dollars to the economy. We can choose to sit back and eventually play catch-up to the United States and other parts of the world as they embark on a new future for their agriculture with renewable fuels, or we can say, “Step aside; let us show you how it’s done.”

Canada, as a country can be a leader, and the agricultural community can be the leadership council. Agriculture knows what it’s doing. It knows how to make this happen and make it happen fast and properly. Ironically, the United States considers Canada as a “domestic” source of biofuel, underscoring their appreciation of Canadian agriculture – if only we thought of ourselves in the same regard.

So back to the beginning on all of this: the development of renewable fuels is a good thing for agriculture because it means the demand for the right stuff to make biofuels will benefit agriculture. Agriculture has repeatedly delivered the goods and can do the same for biofuels; the way this can work out is that every time a plane takes off on biofuel, it means someone in Canadian agriculture smiles.