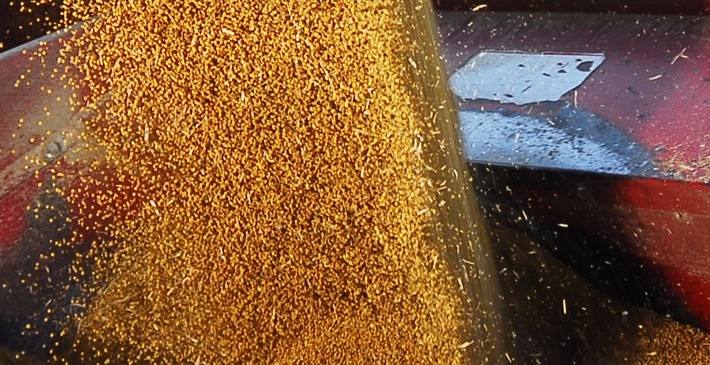 GATINEAU, QC, Nov. 17, 2017 /CNW/ – Farmers in Australia will soon be growing a Canadian oilseed used to make bio jet fuel thanks to a new “farm to flight” deal between Quebec-based Agrisoma Biosciences Inc., and Qantas Airlines.

The partnership is the first of its kind in Australia and will see Agrisoma work with Australian farmers to grow the Carinata seed, a non-food, industrial type of mustard seed that produces high-quality oil ideal for renewable aviation jet fuel and renewable diesel fuel.

“Our long-term goal with this partnership is to grow the crop at a target of 400,000 hectares which will ultimately produce more than 200 million litres of bio jet fuel for the airline, says Steven Fabijanski, Agrisoma’s Ph.D. President and CEO.
In 2018, to demonstrate the benefits of Agrisoma’s biofuel, Qantas will operate the world’s first bio-fuel flight between the United States and Australia.

“We are constantly looking for ways to reduce carbon emissions across our operations but when it comes to using renewable jet fuel, until now, there has not been a locally grown option at the scale we need to power our fleet,” says CEO Qantas International, Alison Webster
Renewable jet fuel is chemically equivalent to and meets the same technical, performance and safety standards as conventional jet fuel.

Carinata is a ‘drop-in’ crop and requires no specialised production or processing techniques, uses little water. Field trials in Gatton, Queensland and Bordertown, South Australia, have demonstrated it should do very well in the Australian climate. It is sown either in fallow areas where crops fail or in-between regular crop cycles, known as “cover cropping.” Rotational or cover cropping improves soil quality, reduces erosion for food crops and provides farmers with additional annual income.

The Australian plan is based upon Agrisoma’s current commercial production of Carinata being grown in the USA and South America supplying the European renewable fuels market and Non-GMO animal feed demand.

When crushed, the seed also produces a secondary benefit to farmers; a high protein, non-GMO meal for the expanding Australian livestock, dairy and poultry market.

In 2012 Qantas and Jetstar operated Australia’s first biofuel trial flights. Qantas’ A330 Sydney-Adelaide return service and Jetstar’s A320 Melbourne-Hobart return service were both powered with biofuel derived from used cooking oil (split with 50:50 conventional jet fuel) certified for use in commercial aviation.http://agrisoma.com/blog/