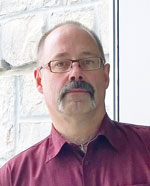 This year marks the 20th year of Canadian production of genetically modified crops. We recently completed a major review for the journal, Global Food Security, on what the effect of GM crops has been in Canada and globally. Our conclusion? There have been substantial benefits for consumers, farmers, health, environment and sustainable development.

Allow us to explain.

GM crops were first commercially grown in 1997 in both Canada and the United States. The leading GM crops are canola, corn, cotton and soybeans, now accounting for between 20 per cent and 70 per cent of global production. Over the past two decades, the adoption of GM crops has spread to 26 other countries. In fact, many of the farmers who grow GM crops are now in developing countries. 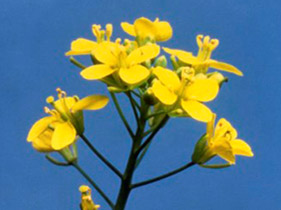 The biggest GM crop in Canada is canola, used both for consumer food and livestock feeds. Our research shows an annual economic benefit to Canadians of $350 million to $400 million. While much of this has gone to farmers through higher crop yields and lower costs of production, consumers have benefited in a big way too, through low prices for a nutritionally superior vegetable oil used in margarine, cooking oils and many other foods.

The other huge beneficiary is the environment, due to major reductions in pesticide usage (down 53 per cent), soil tillage, erosion, fossil energy usage and greenhouse gas emissions — all directly related to GM canola.

Across North America, the benefit to consumers from GM soybeans has been calculated at more than $3 billion annually through lower food prices. Some new GM soybean varieties also have a healthier oil composition. The use of GM corn has meant major reductions in pesticide usage and damage caused by mould organisms.

But to find the biggest benefits from GM crop technology, you need to look to the developing world.

One of the most significant economic benefits identified is the adoption of GM cotton in India, where farm families who were living on less than $2 US per day have seen their household incomes rise by a reported 134 per cent. In China, GM cotton increased farmers’ annual income by $500 US per hectare. In Burkina Faso, GM cotton farmers received $80 US per hectare more than non-GM cotton farmers. In the Philippines, GM corn farmers have annual net incomes of $600 US versus $400 US for non-GM corn farmers. A study on GM corn adoption in South Africa found that women farmers are the dominant adopters and they spend 10-12 fewer days a season hoeing and hand-weeding under the hot sun.

Environmental benefits from GM crops come from reduced chemical applications. In India, cotton farmers lose 50-60 per cent of yield due to insect infestations. Those growing GM cotton have raised yields while reducing by 41 per cent the pesticides used to control insects. Cotton farmers in China used to spray fields as often as 30 times per season to control insects. That usage is down by about 90 per cent with GM crops.

This is also highly critical to health. Most chemical applications in developing countries are done by farmers who walk through fields with short sleeved shirts, sometimes barefoot, spraying chemicals from a backpack. A study of chemical use with GM cotton farmers in India found that cases of pesticide poisoning dropped by 2.4 million to nine million cases per year. Similar results were observed in Burkina Faso, where it is estimated that GM cotton results in 30,000 fewer cases of pesticide poisoning annually.

Our review of the global economic, environmental and health benefits found substantial gains in all categories following the adoption of GM crops by farmers.

The next time you hear a critic of biotechnology or GM crops claim there are no benefits to GM crops, ask them to consider canola, soybeans, corn and food costs in Canada — or the income and health of struggling cotton farmers in Burkina Faso or India who no longer suffer from pesticide poisoning for up to two weeks per year.

Stuart Smyth is assistant professor and research chair in agri-food innovation in the U of S College of Agriculture and Bioresources. U of S colleagues William Kerr and Peter Phillips also contributed to this article.

This article was originally published in the Saskatoon Star Phoenix May 9, 2016 and was republished here with the author's permission.