It has come to our attention that The Western Producer is a Platinum Sponsor of the upcoming Organic Connections Convention and Trade show in Regina, Saskatchewan. In reviewing the list of speakers we were both surprised to learn that Gilles-Eric Seralini is an invited speaker.

Seralini published a highly controversial paper attempting to connect genetically modified (GM) corn with tumor development in rats. This work was criticized and challenged by the global scientific community. This peer-reviewed paper has been retracted, and correctly so, as it represents junk science. Neither Seralini nor his work is credible. In the eyes of the scientific community, this action will most certainly reduce the value of the entire conference. We are also afraid that it will not reflect well on the reputation of the sponsors.

Genome Prairie supports research of regional importance across all sectors, including agriculture. To be clear, genomics is not genetic engineering; rather it is a scientific approach that enables the study of an organism and how it interacts at a genetic level to any stimulus, for example, how a plant would respond to drought, cold temperatures, or even chemical treatment. This research is funded to help Saskatchewan, Canada, and the world produce a stable, secure and safe supply of nutritious food. This is a sound and vigorous scientific approach that supports advances in all aspects of agriculture, including organic farming.

Ag-West Bio is Saskatchewan’s bioscience industry association. We support all Saskatchewan companies that are based on sound scientific research, including those that are marketing organically produced products. We also support organizations that use genetic modification and many other bioscience tools. We are absolutely confident that the technology is a safe and effective tool for sustainable food production, and the products developed through GM technology are as safe as conventional or organic agriculture.

With respect to the Organic Connections Convention, our concern is the credibility of some of the speakers on the agenda and a perceived lack of balance. It is our opinion that this is counterproductive to an industry that is intrinsic to the economic well-being of the Prairie Region. The Western Producer is a publication that reports fairly and objectively on all aspects of agriculture, including organic farming and large scale farming of genetically modified crops.

With regards to genetic engineering, Genome Prairie and Ag-West Bio are strongly supportive of proactive and constructive dialogue. We appreciate that all parties have the right to voice strong—and perhaps extremist—positions. We also recognize that journalism requires objectivity, honesty, and tolerance (if not acceptance) of contentious issues with passionate champions.

We must again emphasize that our concerns are not related to organic agriculture and organic production methods; such a conference should be welcomed. However, meetings of this type should be based on scientific information and good production practices. Extending an invitation to Seralini sends a seriously negative message with potential to damage the credibility and value of Saskatchewan’s organic industry.

Read the response from The Western Producer 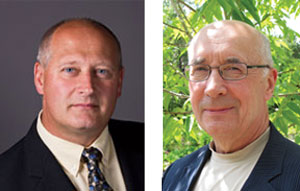