Climate change is real. The impacts on wild harvest fisheries and marine aquaculture are already being felt. Little did the scientists creating a faster growing Atlantic salmon in 1989 realize that their innovative work using the new tools of molecular genetics enabling gene transfer would lead to a potential solution for enhanced seafood production in a rapidly changing and increasingly unpredictable climate. 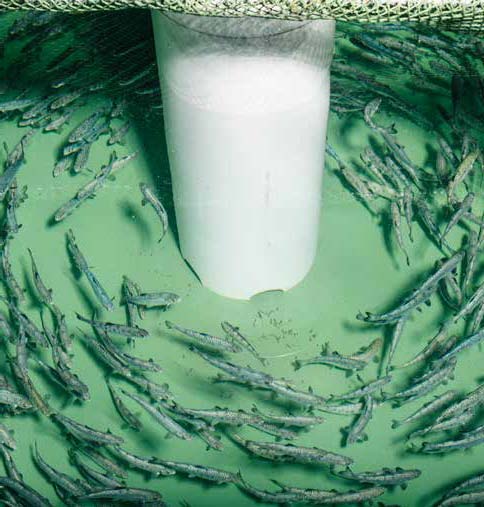 Ironically, the early research focused on antifreeze protein genes to solve a far different problem than warming sea temperatures. Superchill, when the ocean water temperature falls below the freezing point of salmon blood (-0.7°C), was killing salmon farmed in Atlantic Canada. Researchers at Memorial University in St John’s, NL experimented with inserting an antifreeze protein gene from winter flounder into fertilized Atlantic salmon eggs with the goal of creating a fish that could survive superchill events in sea farms.

When this line of research failed to produce the desired result, the scientists turned their attention to producing a faster growing Atlantic salmon to shorten the production cycle and reduce the risk to threats associated with farming in the marine environment. Using what had been learned, the scientists succeeded on their first attempt of microinjecting a growth hormone gene from Chinook salmon, coupled to a promoter sequence from a gene from ocean pout, into fertilized Atlantic salmon eggs. Of the resulting fish, several grew much faster than their siblings. Testing confirmed that these fish had integrated the transgene into their genomes.

Named AquAdvantage® Salmon (AAS), the fish is an Atlantic salmon that grows to market size (4-5kg) from eyed-egg stage in 16-20 months compared to 28-32 months for conventionally farmed Atlantic salmon.Now more salmon can be produced in less time to meet the growing demand of an increasing population seeking a safe and healthy protein source.

When AquaBounty approached the US Food and Drug Administration (FDA) in 1993 to seek approval to commercialise AAS for food, it was clear that containment was of paramount importance. Escapes from sea farms were well documented, so it was decided that AAS would be farmed on land in facilities from which escape was impossible. 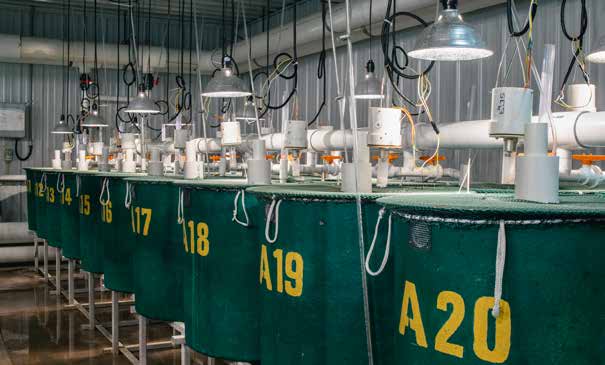 An extra layer of security was added by developing all-female and sterile eggs for commercial production. The resulting fish are unable to mate with each other or with others of the same species in the wild. The FDA review process, which began in 1995, was long and thorough, with many winding turns. When approval was finally granted in November 2015, the world was a far different place than it had been 20 years before. Climate change, barely on the radar of most people back then, had emerged as a significant challenge to food production around the world.

Land-based salmon farming, originally considered as a means to keep AAS from escaping, now appeared to solve a number of climate change problems. For example, the majority of Atlantic salmon consumed in the US is imported from Chile, Norway, Scotland and Canada. The carbon footprint of airfreighting fresh fish from these places is significantly greater than if the salmon is farmed close to where US consumers live. Environmental advocates have long promoted land based salmon farms to reduce negative impacts associated with sea cage farming; however, the economic viability of full-cycle salmon production on land was difficult due to the slower growth of conventional salmon species.

The fast-growth trait of AAS changed all that. In addition, the unique physiology of AAS makes it more efficient at converting feed to biomass. In fact, studies have shown that AAS use up to 25% less feed than conventional Atlantic salmon during grow out.

It has also been demonstrated that AAS perform extremely well using both plant meal and plant oil replacements in the feed. As feed is the single largest input cost in salmon farming, any savings here are of great importance to farmers. From an environmental perspective, less wild fish need to be converted to fish meal and fish oil to produce AAS – a benefit to consumers concerned about sustainable aquaculture practices.

Precision breeding as an innovative tool
The search for alternatives to fish meal and fish oil, the source of the omega-3 that make salmon such a healthy food, has led to the development by DuPont of genetically engineered yeast with high omega-3 levels.

Verlasso® Salmon was an attempt to market this innovation as a more responsible way to farm salmon. Rothamsted Research in the UK has developed a genetically engineered Camelina plant that produces omega-3s and astaxanthin, an antioxidant and the natural pigment that gives salmonids their distinctive red flesh colour. When incorporated into aquafeeds, these innovative products will further enhance the sustainability of land-based salmon farming. Land-based farming eliminates all of the issues and risks associated with sea cage farms – escapes, interbreeding of farmed and wild salmon, algal blooms, jellyfish attacks, predator attacks, pathogens and parasites transmitted from wild fish populations, storm damage to cage systems, waste feed and fish feces settling on the sea bottom below cages, to name a few. Locating farms close to consumers reduces transportation costs and emissions; consumers get a fresher fish with a longer shelf life. For some locations, growing salmon on land may be the only option, due to geography.

For other locations, such as Chile, it may be the solution to the growing list of challenges confronting that industry. Historically the second largest salmon producer in the world, Chile has lately suffered from several disease and environment-related events (such as infectious salmon anaemia virus, toxic algae and sea lice) that have resulted in millions of dead fish and severe financial losses that have pushed a number of companies over the financial cliff, forcing a wave of consolidations.

The ocean environment is changing and, for places like Chile, unpredictable events such as the algal bloom of 2015-16 have called the future of the industry into question. Being able to farm on land using AAS, for example, presents an interesting opportunity for reversing their misfortune.

Expansion opportunities
Having obtained FDA approval in November 2015 to commercialize AAS for human consumption in the USA, and more recently Health Canada approval in May 2016 for production and consumption in Canada, AquaBounty is preparing to scale-up for commercial production. The company completed the acquisition of the former Atlantic Sea Smolt hatchery in Rollo Bay, PEI in June 2016 in order to guarantee its supply of conventional Atlantic salmon eggs. Unused since 2013, the facility is now being renovated and will have the capacity to produce 10 million Juvenile AquaAdvantage salmon eggs per year, ensuring a secure source of green eggs that can be transferred to the company’s Fortune Bay hatchery to be fertilized with AAS milt.

Those eggs destined for commercial grow-out will then be pressure-shocked to produce the triploid (sterile) eggs for shipment to Panama, and to Argentina and Brazil where commercial trials are currently being conducted.

The road to market
Precision breeding (i.e. genetic engineering) using molecular genetic technologies is a rapidly advancing field with new methodologies being developed and reported in the media almost monthly. Transgenics, also called recombinant DNA technology (rDNA), has been used for over 40 years and was the technology used to develop AAS.

Yet, despite the use of this technology in medical and human health for over 30 years (GE human insulin has been keeping diabetics alive since 1983, and GE human growth hormone (GH) to treat GH deficiency in children and adults for almost as long, to name just two), it has faced a consumer acceptance challenge when employed in the production of food. This is strange when you learn that it has been the most rapidly adopted technology by farmers in the history of agriculture. 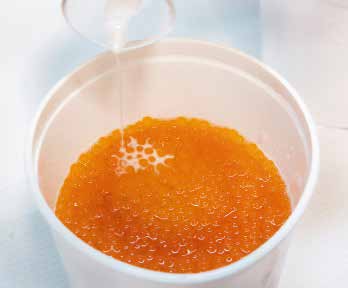 The disconnect between consumers and scientists over the safety of precision breeding is the result of a long and well-funded propaganda campaign to demonize the technology for market gain. Just as the campaign over “wild versus farmed salmon” was waged by wild harvest interests and their NGO allies to reverse their loss of market share, the campaign over “non-GMO versus GMO” is being waged by the organic foods sector and their NGO allies to gain greater market share.

Consumers should ask themselves the question, “Who funds a two decade long marketing campaign costing billions of dollars without an expected economic benefit at the end of it all?”

The controversy over GMO foods is manufactured for economic gain; it is not based on science. In fact, all of the major national and international science bodies have concluded from their numerous studies over the past two decades that foods developed from the application of precision breeding technologies are as safe to consume as their conventionally produced equivalents. 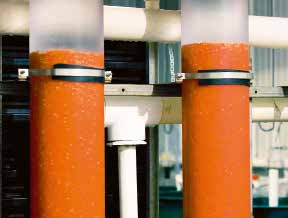 The proof is the fact that the two most respected government agencies in the world with regulatory oversight of food – the US FDA and Health Canada – have given their approval to AquAdvantage® Salmon. Yet legal challenges have been pursued in both countries to reverse or prevent AquaBounty from bringing its salmon to the market. And who is paying the bills for these legal challenges? Organic food interest groups and antibiotechnology interest groups. Follow the money, find the payoff.

Consumers have been manipulated by a well-organised, well-funded disinformation campaign for corporate profit. Make no mistake: the organized retail grocery boycott campaign of AAS by certain interest groups is a strategic step in preventing more precision bred animals from entering the marketplace. This is not about AAS; it is about stopping the deployment of very precise breeding technologies that will enable the more efficient and cheaper production of food, thus widening the gap between the price of that food and the more expensive organic foods that they will displace.

In contrast to North America, the barrier to consumer/market acceptance in the EU is a social/cultural barrier rooted in the Common Agriculture Policy history and economic support for small producers. Price supports are the underlying basis for EU policy in agriculture. This, coupled with a rejection of molecular genetics applied to food production in some countries, makes the EU inhospitable to AAS.

Conclusion
AquAdvantage® Salmon is a remarkable scientific innovation and a game-changer for salmon farming. It enables production of healthy and nutritious seafood for consumers in an environmentally responsible manner without damaging the ocean and other sensitive habitats.

Using land-based aquaculture systems, salmon can be farmed close to major consumer markets more efficiently and with a significantly reduced carbon footprint than the conventional methods. What began as a solution to a problem with cold sea water temperatures has over 20 years evolved into a solution for growing salmon more sustainably in a rapidly changing climate. We could never have predicted this would be the case for this innovation back in 1989.