According to a study  done by the Pew Research Centre in 2010, six in 10 (59%) consumers get news and information from a combination of online and offline sources on a typical day and use of TV and traditional newspapers are on a steady decline. Internet usage is steadily growing, averaging a rate of 400+% per year since 2000. In fact, 13% of Internet users in America are Twitter users, up from 8% the year before. These users are ‘on the go.’ Ninety five percent own a mobile phone, and half of these users access social media tools on their handheld device.

Why does this matter for agricultural science and science advocates? Anti-technology groups have changed their ‘modus operandi’ over the past few years. At one time, interest groups would lobby or demonstrate and, in some extreme cases, resort to vandalizing field trials. But now, a whole new generation of activism has evolved. Interest groups are rapidly adopting social media as a way to influence public opinion and to disparage modern plant biotechnology and associated practices. And they circulate their message faster and more efficiently than ever before.

This is the new reality or the ‘new legs’ of activism. Anti-GM sentiments and information – inaccurate and lacking accountability mechanisms – circulate like wildfire, technologically enabled by the interconnected, fast-moving ‘trains’ of Twitter, Facebook and other social media tools. Even the celebrities are getting on the bandwagon: Jenny McCarthy, Dr. Oz and Suzanne Somers to name a few. These celebrities have incredible influential power with the public. These claims and endorsements “…often gain quick acceptance …and on occasion they do have direct impacts on government policy…” 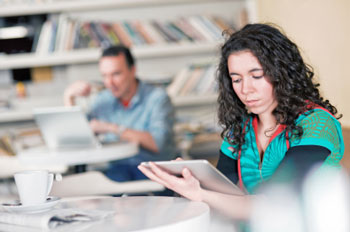 Given the Internet’s capacity to hyperlink across geographic boundaries and the relative low-cost of access to the Web and affiliated tools, it is used as a primary “organizing tool” for many non-government organizations (activists, civil society organizations, etc). As more and more advocacy activities move online, the need for off-line staffing and memberships to support these organizations dwindles. Thus, even the smallest of interest groups can greatly impact public opinion on a subject with a well-executed online campaign strategy. They can quickly build coalitions and mobilize the public around specific issues of interest at relatively low marginal costs (Ryan 2010). For example, a video of Dr. Oz’s interview of Dr. Pamela Ronald and others on genetic engineering and GM food circulated rapidly on Twitter after the show originally aired in December 2010 (for more on this, see my blog entry “The Wizardry of ‘Oz’: a peek behind the curtain of the anti-GM movement” On December 16th, 2010, alone, that video was re-tweeted over 1500 times across a multitude of users.

Adding to the complexities is the fact that scientists have been slow in terms of taking up social media as communication tools. According to Lackes, et al. (2009), very few scientists use social media tools, significantly lagging the adoption rates for both business and personal use. VALGEN (Value Addition through Genomics) conducted a poll of its principal investigators and researchers at the annual VALGEN meetings in Banff in January 2010. Of the 28 scientists in the room, only 58.3% stated that they used social media tools and only 36.9% of THOSE used social media for professional purposes (professional networking, recruitment, sharing/accessing knowledge) (VALGEN 2010). It seems that very few scientists are equipped to respond to the anti-GM movement in the context of the Internet.

What we have here is a perfect storm of interconnecting factors that – let’s face it – are creating problems for food security: An anti-technology agenda that is rapidly gaining traction via the Internet through social media tools and fuelled by the influence of ‘the celebrity’ combined with the lack of uptake of social media as a communication tool by scientists and science-advocates.

It is evident that in order to address these failings, science can no longer rest on its laurels. As scientists and science advocates, we cannot continue to do what we have always done. Social media has changed the way people access information and in how they interact with one another. Traditional approaches in science communication no longer work. We must find new and better ways of engaging in this brave new, connected world as scientists. In the end, it isn’t just beneficial for society. It also paves the way for better science, in and of itself. 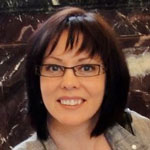