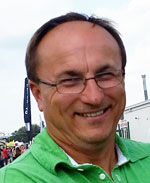 I sell my flax product at various trade shows and I am amazed at how the average consumer just goes on hearsay about genetically modified (GM) food, without researching it. From hormones in beef to organic produce to ‘gluten is killing our society,’ and even how the poor farmer is ‘forced into growing for the multinationals’ with an almost religious fervor. I hear about it everywhere I go. When I start to question each of them about where they actually get their facts, they admit they have done basically no research or used sources that are funded by the organic movement. 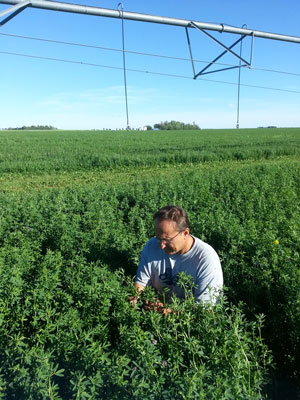 You hear nonsense and fear mongering being dished out by the truckload from the non-GMO side, without using credible sources to back up their assertions (if they use any sources at all). They claim we can feed a hungry world organically, but say the knowledge and techniques for doing that are not being promoted or taught by anybody. This shows a lack of understanding about the huge reductions in yield (typically 45-70 per cent) that comes about by using organic methods compared to modern agriculture practices which, yes, include biotechnology.

So, using those numbers, how are we to triple our food production by the year 2050 to feed nine billion people? I guess there are many millions of acres of pristine rain forests we could start converting to agriculture. The sad part is, I frequently get this statement posed to me from city people who have been told by the organic industry that we can feed the world’s population with the land base right around our own cities. They talk about Paris, France’s ability to be self-reliant in medieval times. Not sure about the correlation on that example, but it’s what they use. We must rely on empirical data from reputable sources and not be swayed by the emotionalism from an impassioned group that is guilty of the very thing they accuse the pro-GMO side of being motivated by: monetary greed.

Patrick Fabian is a pedigreed seed producer from Tilley, Alberta. He owns and operates Fabian Seed Farms Inc. which he started in 1987. He is also an EMT-A employed with Alberta Health Services.