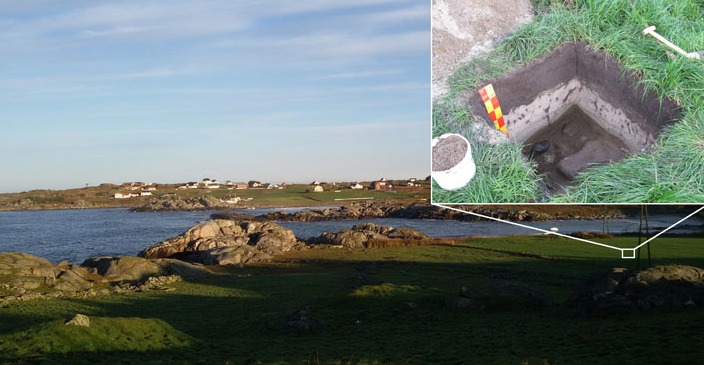 A recent investigation into the source of deep, dark, nutrient-rich soil found in select locations across northern Europe has researchers suggesting ancient soil improving practices may benefit today’s efforts to feed a hungry world while addressing the challenges of global warming. 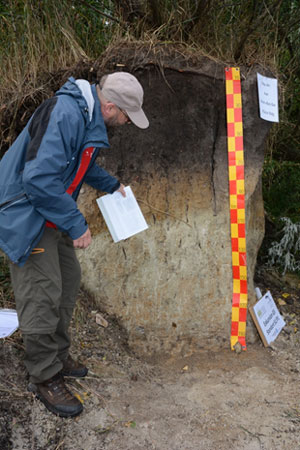 Dr. Peter Leinweber and his colleagues, especially PhD student Andre Acksel, at the University of Rostock in Germany, used synchrotron light from the Canadian Light Source (CLS) at the University of Saskatchewan to analyze soil samples from 12 sites in Germany, Norway and Denmark. Their team sought an explanation for their unique, long-lasting fertility and the answer lay in the organic matter ancient farmers added to their plots of land.

“We had come across similar organic matter-rich soils that indicated man-made amelioration processes existed,” said Leinweber. “Previous chemical investigations about the nature of the organic matter indicated inputs of charred material, but charred materials alone could not explain the bulk amounts of enrichments at these sites. So, we searched for other sources of organic matter that had been used as a soil amendment.”

The 12 sites examined all lie in coastal areas. Leinweber said some were obvious, some were identified in regional soil maps and some were either mentioned in previous scientific articles or “communicated to us by collaborating work groups.” The one characteristic that connects them all is high or “extraordinarily high” concentrations of phosphorus, a requirement for normal plant growth and maturity.

The soil samples, taken from depth down to 150 cm, were analyzed at the CLS using X-ray spectroscopy on two beamlines (SGM and SXRMB), one to identify charred materials and the other to detect additional amendments. The results are published in the journal Soil Systems.

“The phosphorus results were the most significant,” said Leinweber, “because they indicated applications of peat, animal manure, composts and human excreta. In one case, soils from the island of Fehmarn in the Baltic Sea region showed evidence of biochar and animal manure, most likely cattle excrements, which is strongly supported by archaeological findings of lots of cattle bones in this region.”

As to who the farmers were that spent considerable time and effort improving soil that still benefits from those inputs today, Leinweber said archaeological literature suggests members of a Nordic Early Neolithic farming culture dating back 6,200 to 4,800 years. “Those individuals were responsible for the formation of these humus-rich soils in the Baltic Sea region. The Scandinavian inhabitants were mostly fishers and hunters, and later may have adopted those agronomic techniques that led to the humus-rich soils in Norway.”

For Leinweber and his colleagues, the organic amendments found in the soil samples are the key to the continued fertility. “Therefore, this soil management in ancient times can be considered sustainable organic farming. These ancient soil amendments have sustained a high soil fertility for more than 2,000 years and have greatly improved the ecological soil function.”

As to next steps in this line of investigation, Leinweber said it will involve using modern techniques to produce similar modifications that can be tested in long-term field experiments “but we recommend adopting these old-culture techniques for the conservation, and even increase, of soil health and fertility.”

The fertility of the soils amended in ancient times suggests a way forward in assuring food production for a rapidly growing world population, he said, and this kind of sustainable organic farming “can counteract global climate change using the potential of soils to take up and store greenhouse gases.”

Photos:
Top: Soil profile from Sandhaland, Norway.
Middle: Dr. Leinweber in front of one of the studied soil profiles.