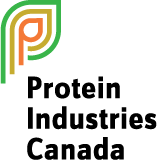 The world’s population is hungry and growing hungrier, but today Canadian agriculture took a giant leap forward to meet those needs through value added development of Canada’s food and feed sectors. At a ceremony in Ottawa earlier today, Protein Industries Canada was named one of the winning supercluster proponents under the federal Innovation Superclusters Progam.

Minister of Innovation, Science and Economic Development Navdeep Bains announced that Protein Industries Canada, along with four other regional finalists, will share in $950 million under the federal program.

Protein Industries Canada (PIC) is an industry-led alliance of over 120 private-sector companies, academic institutions, and other stakeholders across Western Canada aimed at fully developing the potential of plant-based proteins from crops such as canola, pulses, grains, hemp, and flax. PIC’s work will focus on improvements and opportunities in four areas: crop breeding, crop production, value-added processing, and export development.

“I want to thank the federal government for their vision in investing in this project and particularly Ministers Goodale, Nohi, and Carr for their work in securing the investment. This is an exciting opportunity for agricultural across the Prairies and food processors across Canada.,” said Frank Hart, Board Chair of PIC.

By 2050, the global population is expected to be 30 per cent larger. At the same time, people are becoming more affluent, demanding more protein, and turning to crop proteins to supply a healthier diet. These trends add up to a projected need for 59 to 98 per cent more crop protein by 2050.

“Plant based protein is a $13 billion market of which Canada currently has a minimal share. We need to seize this opportunity before our competitors do,” said Hart.

The federal funding supplements roughly $400 million of cash, in-kind commitments and venture capital support that PIC has already secured from its members.

According to an independent study, this initiative is estimated to generate over $700 million in new commercial activity and billions in incremental GDP over the next decade together with approximately 4700 new jobs.

“This has huge implications for the western Canadian economy. Farmers, service companies, value added processors, academic institutions, consumers and through spinoff benefits, everyone on the prairies and throughout Canada will stand to benefit,” said Hart.