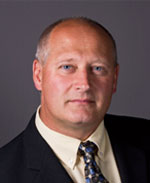 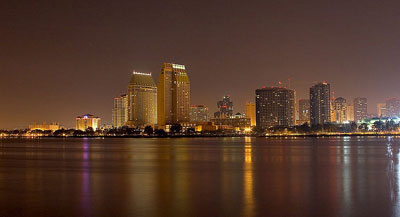 The twenty first Plant & Animal Genomics Conference (PAG XXI) was held in San Diego on January 12-16. This marks my seventh consecutive PAG event…but most attendees would consider me a rookie. Since its inaugural meeting in 1992 (called Plant Genome I), PAG has attracted a growing and loyal following of leading scientists from academia, industry, and government. For me and many others, it has become an established formal (and informal) forum to interact with colleagues from all over the world. The importance of the PAG Conference needs to be put in a larger perspective; in the midst of a global economic crisis, the attendance at PAG has grown every year since 2009, setting records in each of the last four years. This year, 3,170 attendees from over 50 countries, 158 workshops, 1,855 abstracts and 1,045 posters, 3,200+ researchers and exhibitors participated with over 60 countries represented. Canada has been well represented at PAG from the very beginning and this year nearly 120 of us headed south to contribute to the largest and fastest growing Ag-Genomics meeting in the world. A strong contingent of 20 participants from Saskatchewan led the way.

The growth of PAG is not a surprise for a research community that understands the important challenges within the agricultural value chain. How does the world plan to produce more high quality food on a diminishing fertile land base in a sustainable manner? The answer is complex and requires the input of a diverse community addressing the entire spectrum “from molecules to muffins.” PAG is a venue where the focus is on the molecules (DNA, RNA, proteins, fats, carbohydrates and a multitude of micronutrients). Understanding and improving agriculture at the molecular level is a very effective way to improve production traits and consumer preferences.

Many of the highlights from the conference had a Genome Prairie logo attached. The Canadian Triticum Advancement through Genomics (CTAG) Project was launched at PAG XX last year. This year, Dr. Curtis Pozniak and the CTAG team were well represented in many presentations and on international committees. After releasing the sequence of the flax genome in 2012, the Total Utilization of Flax Genomics (TUFGEN) project used PAG to communicate value-added information to begin the translation of project results into useful information for breeders and downstream users. Along with Genome Canada, Genome Prairie once again represented Canada on the International Steering Committee for Plant Genomics, an informal body of funding organizations from Australia, Brazil, Canada, China, Japan, EU, CGIAR, the US and the UK, that comes together with the ambition to make real progress on facilitating international collaborative research in areas where there is mutual benefit. In 2010, I started co-hosting a workshop on Host-Microbe Interactions. This year, Dr. Pierre Fobert from the National Research Council in Saskatoon presented some interesting and well received progress on Apoplastic Defence Responses.

In 2009, Genome Prairie proposed to Genome Canada and the other five regional Genome Centres that a reception should be established to promote networking between Canadian delegates and their international colleagues. After a few years experimenting with different dates, locations, and networking options (with increased participation every year), in 2013 the Canadian Genomics Reception really put the puck in the net. Eager participants were lining up to get in as the doors opened to the Tiki Pavilion, which was soon overflowing. With a simple mandate to promote Canada’s presence at PAG, to highlight our successes and upcoming initiatives, and to provide a moment to relax and network in a friendly atmosphere, we have established an effective and popular venue to augment the Canadian content at PAG.

If you come to PAG, make sure you bring a friend or two to the Canadian Genomics Reception. We’ll see you there next year!