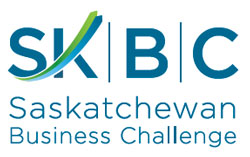 It is presented by the Regina Regional Opportunities Commission (RROC ) and the Saskatoon Regional Economic Development Authority (SREDA) with major support from the Saskatchewan Ministry of the Economy. “Saskatchewan’s economy is growing and it is an exciting time for innovative entrepreneurs,” said Economy Minister Bill Boyd. “We are pleased to work with RROC and SREDA as they support emerging businesses in our province.”

Created in May 2012, the Ministry of the Economy brings an integrated focus to maintain the province’s competitive position and encourage sustainable economic growth. The competition officially kicked off in Saskatoon at the Bassment January 15th, with entrepreneurs, business leaders, and SkBC applicants coming together to celebrate the thriving business community in Saskatchewan.

Tim Le Clair, President and CEO of SREDA, officially opened the applications period and encouraged people from all over the province to apply online at saskbc.ca. “The provincial competition celebrates our emerging entrepreneurs, and the involvement of the Saskatchewan business community has helped make this competition truly unique,” says Le Clair, “There are a lot of strong ideas that become successful businesses after completing our challenge, largely due to the mentoring and coaching that takes place throughout the six months.”

In June, the competition will conclude with the exhilarating Limo Pitch and a final business plan presentation, where the top ten participants will compete for over $50,000 in prizes. The judges are tasked with choosing the grand prize winner and two runner-ups.

Applications will be accepted from January 15 to February 15, 2014 and are open to entrepreneurs within the province. This year, the top twenty will be identified following the application period and will participate in the intensive Design Weekend, March 21- 23, 2014. For more information on the challenge and how to apply, please visit saskbc.ca.