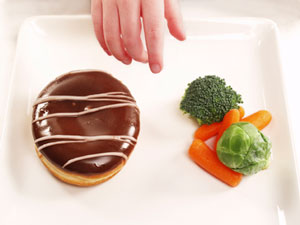 The Farmers Feed Cities Informed Food Philosophy Study reveals that while 97 per cent of Canadians agree that food choices are important to them, the data indicates that there are several misconceptions consumers have when it comes to certain food choices.

Farmers Feed Cities, an agriculture awareness organization based in Ontario, set out to learn about the food purchase decisions Canadians are making and what leads them to make these decisions – particularly surrounding hot food issues and farm related misconceptions.

When it comes to egg purchases, consumers have several choices, three of which are: conventional, free range and free run. These classifications are defined by how the animals are housed, and not nutritional value. According to the study, 81 per cent of Canadians that typically buy free run eggs believe the chickens producing them have access to the outdoors. However, in reality, eggs classified as 'free run' means that the chickens can run freely within an enclosed space, not outside. People are likely confusing this with the term 'free range' – meaning chickens have access to the outdoors.

The study also reveals Canadians are more interested in buying local (86%) than organic (29%). While the majority of Canadians (78%) realize that less than two per cent of Canadian farms are organic, only 44 per cent are aware that the majority of organic food sold in Canada is actually imported. Due to the lack of organic farms, Ontario Ministry of Agriculture Food and Rural Affairs (OMAFRA) estimates that imported products make up over 70 per cent of the organic food consumed in Canada, making it hard to go both local and organic at once.

While food choices and availability in Canada are abundant, our farmers feed beyond our cities. To meet the needs of our world's growing population farmers are continually looking for ways to use technology to maximize yields, producing more food on less land. Less than half (41%) of Canadians believe genetically modified food is safe for consumption.

Organic and genetically modified foods are not the only areas Canadians lack the facts. Only 66 per cent of Canadians are aware that meat and milk products must be tested before they can be sold in Canada and if they do not meet the industry standards with regards to antibiotics, and synthetic hormones they will be rendered unfit for consumption. For example, the CFIA tests every shipment of milk that leaves the farm. If antibiotics are found in the milk the entire truck load will be discarded and the farm from which the tainted milk came will be fined and have to cover the cost of the discarded milk.

Additionally, the majority of consumers (67% – 69%) believe livestock tends to have either high levels of artificial hormones, antibiotics or vaccines which make their way into the food chain. In reality, high levels never reach consumers. Like people, animals only receive antibiotics or vaccines when they are sick. The CFIA outlines a strict flushing period, testing for any traces prior to sale.

“We're excited to see Canadians of all ages are taking an interest in the food they eat,” says Van Rooy. “Now it's time to bridge the gap between interest and knowledge, fostering a generation of informed food consumers.” Farmers Feed Cities supports all farmers, and in turn each individual's food philosophy. Creating a stronger farming industry starts with an awareness of the issues surrounding food production, and ultimately consumer purchasing habits.

Survey methodology From September 7th to September 8th 2012 an online survey was conducted among 1,504 randomly selected Canadian adults who are on the Angus Reid Forum. From September 17th to September 18th a second online survey was also conducted among 1,504 Canadian adults who are also Angus Reid Forum panelist. The margin of error is +/- 2.53%, or 19 times out of 20 for both studies. The results have been statistically weighted according to age, gender, region and education (and language in Quebec) to ensure a sample representative of the entire population of Canada.